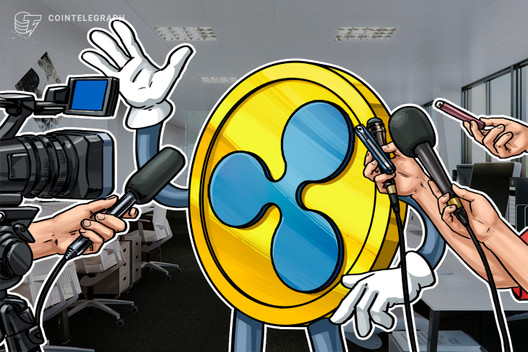 Ripple’s Ryan Zagone said that digital currencies and blockchain are being recognized as a part of the United State’s tech independence.

Technology needs to be a national issue for the United States, with digital currencies and blockchain to be recognized within that goal, according to Ripples’ Director of Regulatory Relations Ryan Zagone, at the Consensus 2019 conference on May 14.

Zagone stated that technology needs to be a national security issue for the U.S. to ensure that the country is the leader and is not reliant on foreign innovators:

“There is a broad discussion in Washington around 5G being dominated by foreign firms and the U.S. being reliant on foreign technology and foreign expertise… With blockchain and crypto, I think there’s a recognition now that these will be part of our future infrastructure… It’s important both for national security and from an economic perspective, that the U.S. is a leader in that.”

Recently, legislators reintroduced the Token Taxonomy Act, that would exclude cryptocurrency from being classified as a security. The act also pursues the introduction of regulatory certainty for businesses and regulators in the U.S. blockchain industry, as well as clarifying conflicting state initiatives and regulatory rulings that have confused the issue.

Moreover, the announcement calls attention to the growing strength of digital asset markets and the blockchain industry both in Europe and China, and states that the Act is necessary in order to keep the U.S. competitive in the global market.

As reported in March, the number of lobbies working on blockchain technology issues in Washington D.C. tripled in 2018, reaching 33 projects in the fourth quarter of 2018 compared to 12 in the same period of 2017. Jerry Brito, executive director at the non-profit organization Coin Center, suggested that the growth is driven by securities regulation.