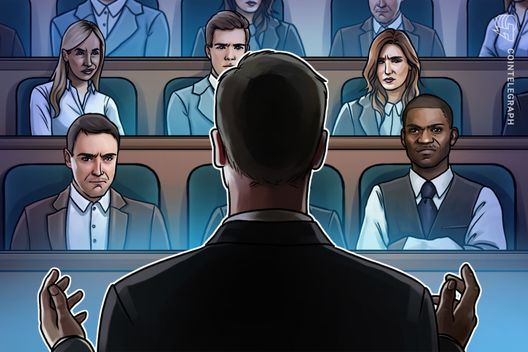 CEO Charles Li Xiaojia warned journalists at the World Economic Forum that companies should not flit between business cases prior to listing.

Speaking at the ongoing World Economic Forum (WEF) in Davos, Switzerland, HKEX CEO Charles Li Xiaojia said that it was important IPO candidates were consistent about their business offerings.

“If a company made billions of US dollars through Business A, but suddenly said it will do Business B without showing any performance, or said Business B is better, then I don’t think the Business A featured in their application will be sustainable,” the SCMP quoted him as saying. Xiaojia continued:

“Besides, if regulators were hands off [on Business A] in the past but will regulate it in the future, will you be able to continue the business and still make money from it?”

Xiaojia did not comment on Bitmain specifically, while journalists had mentioned the company by name when asking for clarification.

Having made the majority of its revenue from mining hardware sales in the first half of last year, Bitmain has faced reported layoffs and lawsuits, as the downtrend in Bitcoin (BTC) prices made mining considerably less profitable. Bitmain also announced plans in May 2018 to turn towards the area of artificial intelligence (AI) against the background of Chinese scrutiny of the crypto industry.

Bitmain had planned to conduct an IPO in Hong Kong throughout the latter half of 2018. After financial performance figures suggested the company was in trouble, however, rumors began surfacing that regulators were also not prepared to let a cryptocurrency IPO pass.

Another mining entity, Canaan Creative, let similar Hong Kong plans lapse in November, but has since said it is looking to complete the process in New York.