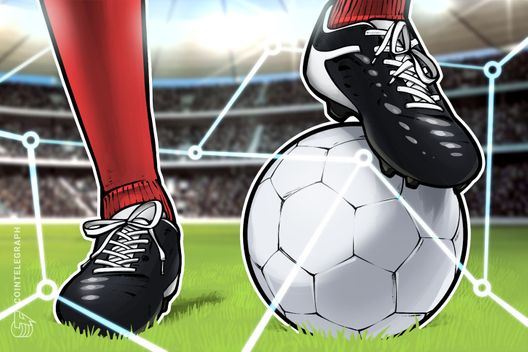 Dutch crypto firm Libereum has acquired Spanish soccer club Elche CF for $4.9 million, according to a press release published to the Libereum website Dec. 26. The acquisition marks the first step in the crypto company’s ambitions to purchase a set of international soccer clubs and make its ERC20 token, Liber, a mandatory form of payment in the stadiums of those clubs it owns.

Libereum states it secured its purchase of the Segunda División (second division) A club with a bank guarantee of €4.3 million (about $4.9 million) as an initial down payment. According to a report from Finance Magnates published Dec. 27, Libereum had also intended to purchase Dutch club Roda JC Kerkrade, but that deal had “fallen through.”

In 2015, Elche CF — the local club of Elche, the third largest city in the country’s Valencia region — was relegated from Spain’s Primera División (premier division) due to unpaid tax debts and economic mismanagement.

Libereum’s official statement yesterday outlines that the company aspires to restore the club to the Primera Division by bolstering the its financial resources through its Liber token economy:

“We want the [Libereum token] to gradually become part of the financial policy in and around the club, so that everything – on the term – can be paid simply, in an easily accessible way, with Liber. Think of sponsor and transfer deals to ticket sales, merchandising items and catering in the stadium.”

The company claims that demand for the token will drive its market value, generating returns for the club. According to Finance Magnates, Libereum has also this week hinted at an undisclosed deal to purchase another football club allegedly worth €80 million, although details of the purported acquisition are not accessible on the company site as of press time.

As reported, a range of industry players are currently looking to integrate cryptocurrencies with mainstream soccer, with many looking to tokenization as a means to incentivize and monetize fan engagement, or to provide additional streams of revenue for clubs and their management.