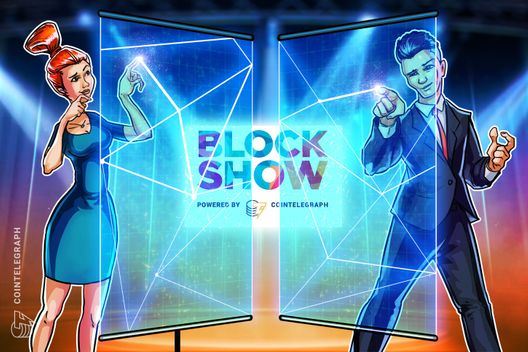 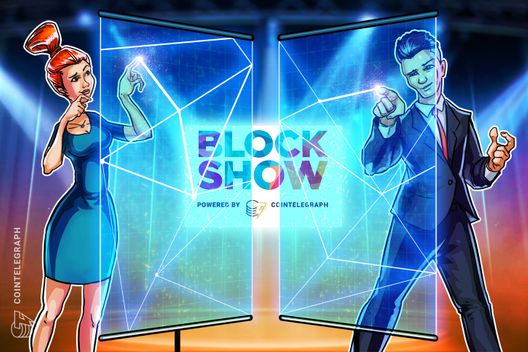 BlockShow is preparing a live-streamed business pitch competition for startups, called EXP20, which will take place on Nov. 29, 2018. The event is a new segment of their Asia Blockchain Week programme, that will be hosted in Singapore from Nov. 27 until Dec. 1, 2018. Dubbed “the largest blockchain technology roadshow” by Venturebeat, Asia Blockchain Week addresses the rise of the Asian economy and the region’s growing interest in blockchain technology.

EXP20 is a new startup competition show which will be livestreamed during the Asian Blockchain Week. Taking place on the event’s second stage, the teams will each be given 10 minutes to pitch their technology to a panel of investors. The most viable projects stand to win different kinds of support, such as funding, promotion or important connections, should they be able to convince the panel that their idea has the potential to be successful at a global scale. The BlockShow team says:

The competition offers entrepreneurs the chance to pitch their business idea to a panel of venture capitalists, and then defend themselves and their ideas under questioning, in the hopes of convincing one of the panel to invest in their product. EXP20 will be streamed online, for anyone interested in the most cutting-edge applications of blockchain technology.

This isn’t the first time BlockShow has had startups compete for funding. The BlockShow Oscars have been a staple of every BlockShow conference, and is based on a similar concept:  a competition where ten startups were given the chance to showcase their creations. It has brought attention to projects such as Electrify Asia, Bancor and Status, who have raised over $100 million each after they won their awards. The crucial difference of the new competition is that, while there was only one BlockShow Oscar winner, all ten EXP20 participants have the potential to walk away with valuable support. They also all face the risk of failure. The BlockShow team adds:

“With no guarantees and a fiercely competitive pool of applications, it will be a highly engaging event, attracting viewers from all over the globe.”

BlockShow’s Asia Blockchain Week will take place at Singapore’s Marina Bay Sands Hotel. As a leading conference on blockchain and cryptocurrency, it promises to be one of the biggest events on the fintech calendar. In collaboration with Cointelegraph, this year’s BlockShow is expected to attract over 2000 attendees and feature over 100 leading blockchain experts from around the world.

This year’s program will be focusing on topics such as ‘The Post-ICO Future of Blockchain Investments’ and ‘Corporations Tackling Blockchain’, offering attendees a chance to consider blockchain’s new-found place in the global market.

The lineup of speakers at Asia Blockchain Week include some of the most well-known cryptocurrency personalities: Bobby Lee, Co-Founder, BTCC and Board Member of the Bitcoin Foundation; Tony Tong, Vice Chairman of China Credit Management Association, and Co-Chairman & Co-Founder of Hong Kong Blockchain Association; and Jehan Chu, Co-Founder & Managing Partner at Kenetic, and Co-Founder, Social Alpha Foundation.

Since 2016, BlockShow events have been held in Europe, America and Asia, drawing turnouts in the thousands. Its organisers say:

“This year’s Asian Blockchain Week will no doubt see record numbers, with the future of the technology growing more concrete and embedded in the wider public consciousness. EXP20 brings with it a new avenue to connect with what’s happening at the forefront of Blockchain.”

For those unable to attend in person, EXP20 will be livestreamed. Investors will cross-examine some of the most compelling developments in the technology, while viewers are given an experience that can expand the boundaries of what was thought possible in this burgeoning sector. Startups looking to compete in EXP20 can register here, while those wishing to attend Asia Blockchain Week can purchase tickets through the BlockShow website.