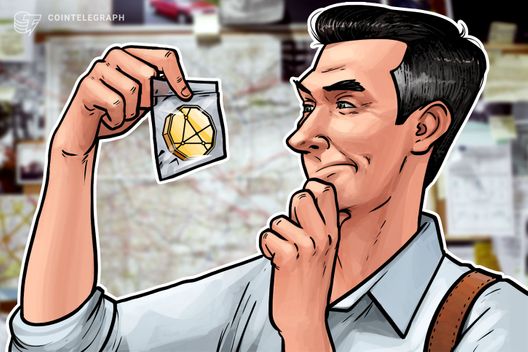 The U.S. DoJ has focused in on its investigation into whether or not Tether (USDT) was used to artificially inflate Bitcoin (BTC) prices during last year’s bull run.

The U.S. Department of Justice (DoJ) has focused its investigation crypto market manipulation on whether or not Tether (USDT) was used to artificially inflate Bitcoin (BTC) prices during last year’s momentous rally, Bloomberg reports Nov. 20.

Bloomberg cites three unnamed sources “familiar with the matter” who allege that the DoJ has “honed in” on the triad of Bitcoin, Tether, and its affiliated crypto exchange Bitfinex — the latter two of which share a CEO, Jan Ludovicus van der Velde.

The sources have reportedly alleged that the DoJ is looking into how Tether issues its new tokens and why the majority of Tether enter the market via Bitfinex, in the context of a broader enquiry into whether “market tricks” partially inflated crypto prices in recent years.

As previously reported, the DoJ and U.S. Commodity Futures Trading Commission (CFTC) jointly opened a criminal probe this May into Bitcoin and Ethereum (ETH) price manipulation by crypto traders.

Bloomberg today states it has been “unable to determine” whether the DoJ probe is solely focused on activity on Bitfinex, or whether the exchange’s executives have themselves come under scrutiny. Both the DoJ and CFTC have reportedly declined to comment, and neither has either formally accused any party or entity of wrongdoing.

Neither Bitfinex’s general counsel, nor legal representatives for the exchange and Tether, have reportedly responded to Bloomberg’s requests for comment either by press time.

The DoJ’s allegedly intensified probe into activity on Bitfinex adds to prior investigations into possible misconduct; both Bitfinex and Tether received subpoenas from U.S. regulators for undisclosed reasons back in December 2017, which Bloomberg relates to insistent doubt over Tether’s claims that USDT is backed one-to-one by the U.S. dollar.

Vocal Tether critics have gone so far as to accuse the firm of covering up an alleged fiat reserve deficit in complicity with Bitfinex; suspicion was further fanned by Tether’s controversial decision to dissolve its relationship with a third-party auditor this January. Tether has since released an unofficial audit in June to prove that its tokens are backed by the correct amount of fiat holdings.

Further controversies were stoked this June when an academic paper co-authored by University of Texas professor John M. Griffin argued that “purchases with Tether are timed following market downturns and result in sizable increases in Bitcoin prices.” Two of Bloomberg’s sources have today claimed that Griffin briefed the CTFC on his findings earlier this year, although the academic has reportedly declined to comment in response to Bloomberg’s inquiries.

This fall, Bitfinex has been plagued by rumors of insolvency and alleged banking difficulties, which it has officially denied. In late October, Tether redeemed and destroyed 500 million USDT from its treasury wallet; the action provoked yet further controversy given Tether’s recent — if brief — loss of its U.S. dollar peg. Such large-scale redemption prompted some to accuse the firm of manipulating the market by redeeming at low cost and liquidating after market rebound.