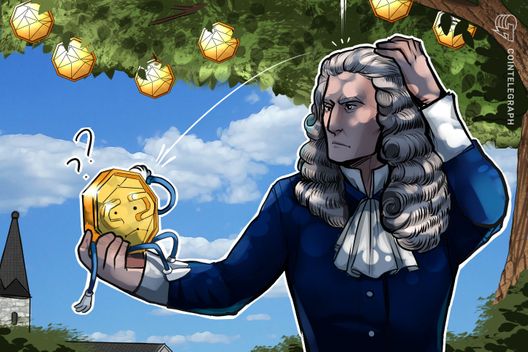 Fueled by the 18 percent drop in the price of Bitcoin Cash (BCH), every major cryptocurrency in the global market started to record intense sell-offs.

Bitcoin, which maintained a record low level of volatility from August to November, fell by more than 11 percent on the day, accelerating the downtrend of other leading digital assets and small market cap cryptocurrencies.

Prominent investors including BKCM CEO Brian Kelly and Coinshares executive Meltem Demirors stated that the hash power war between Bitcoin Cash and Bitcoin SV acted as a major catalyst of the steep sell-off of the cryptocurrency market.

On CNBC’s Fast Money, Brian Kelly stated the confidence of investors in the cryptocurrency market declined ahead of the Bitcoin Cash hard fork and its civil war with Bitcoin SV:

“After some real quiet period, lowest volatility, almost in Bitcoin history, all of the sudden today things exploded, so what happened? Bitcoin Cash, which forked off of Bitcoin last year, is doing a hard fork. Now, when you do a hard fork, everybody usually agrees. But in this particular case, everybody is not agreeing. So we’ve got ourselves a crypto civil war, and that has people in the market concerned.”

On November 15, Bitcoin Cash successfully updated its protocol in a hard fork with support from the community. A contentious hard fork proposal called Bitcoin SV was set forth by a camp led by billionaire Calvin Ayre, Craig Steven Wright, and Coingeek.

As of November 16, Bitcoin ABC, the original Bitcoin Cash chain, remain ahead of Bitcoin SV in terms of hash rate and number of blocks mined. If the next several days show ABC ahead of SV, then SV is not able to conduct a 51 percent attack on BCH. 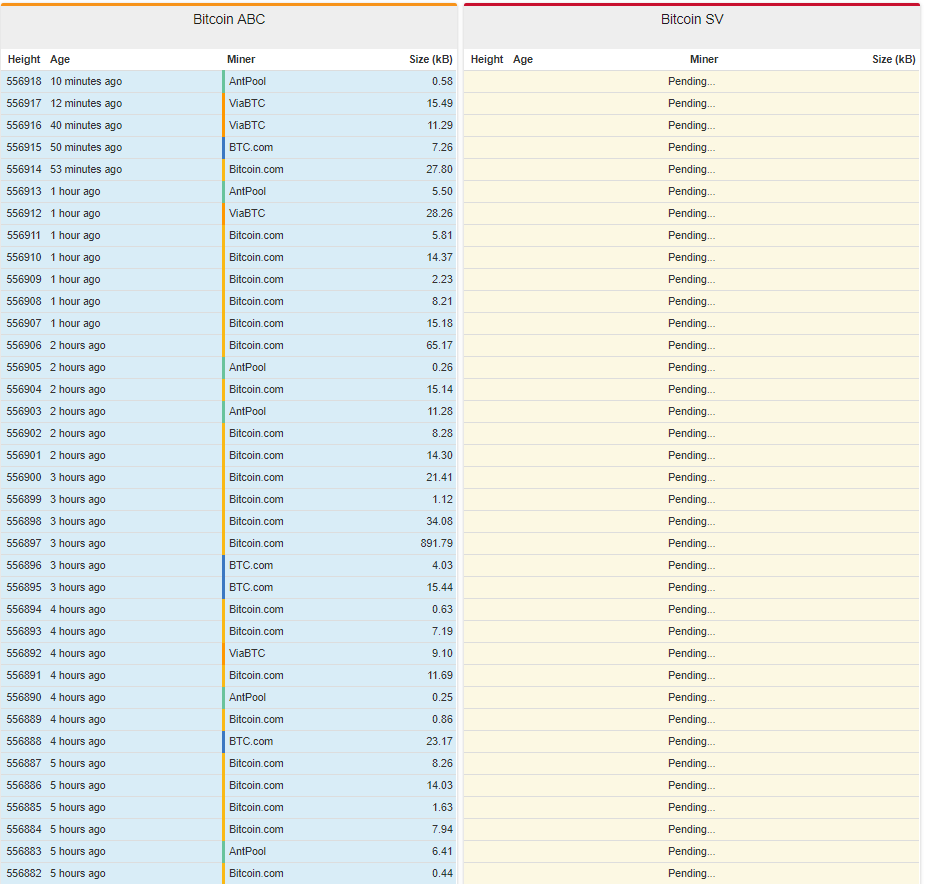 As such, Kelly explained that the downtrend of Bitcoin and the cryptocurrency market is likely to be short-lived.

“People are concerned that both Bitcoin and Bitcoin Cash markets, their networks might slow down, they might not work as well, the software upgrade may not go through or if it does go through, we will end up with some chaos. People started selling, that triggered stops, everybody got concerned. The entire market settled down. In my view, a very short-term event.”

Crypto Rand, cryptocurrency trader and technical analyst, told Cointelegraph that even before the Bitcoin Cash hard fork, Bitcoin hovered above an uptrend support. Its continuous retest of the level led its momentum and strength in the low $6,000 region to decline significantly.

“I don’t think there is a huge conspiracy against Bitcoin behind the drop. BTC has been hovering over a slight uptrend support. But we can see how every time that BTC touched that support it bounced with less and less strength while continuing a downtrend on volume. That points out a weak setup, what was seeing as stability can be considered also as lack of strength to push new higher lows and define a stronger uptrend.”

Currently, the majority of investors and traders in the market remain hesitant towards engaging in large positions or taking high-risk, high-return trades, mostly due to poor market conditions. Volumes are weak, trading activity is low, and the sheer intensity of the recent drop of the crypto market has reduced the probability of a corrective rally.

Following a $27 billion drop in valuation in a 24-hour period, the crypto market could require weeks to months of consolidation period before initiating a proper short-term rally. The uncertainty in the market has allowed the crypto market to weaken, Crypto Rand explained, adding that many alternative cryptocurrencies performed relatively well against Bitcoin.

“The crypto market still looking weak at this point. Uncertainty I would say is the main feeling right now. As seen by the low volumes everywhere, big traders and investors are still hesitant towards taking big positions given this scenario. One thing I would like to highlight is the response of large market cap cryptocurrencies against this BTC drop. In previous scenarios, all major digital assets were dragged down with BTC or dropping even further. But this time most of them are holding their levels nicely. This is a great precedent for the whole crypto sphere, alternative cryptocurrencies need to set their own path and cycles besides BTC moves.”

Throughout the past several months, both large market cap cryptocurrencies and tokens have followed the price trend of BTC. Consequently, tokens have recorded 30 to 60 percent losses against BTC, which recorded a 70 percent drop of its own since January.

Given the weakness in the market and the intensity of the daily drops in the price of major cryptocurrencies, Crypto Rand stated that a further drop to the low $5,000 region is inevitable, speaking to Cointelegraph.

He added that while the volume of BTC has increased in the past 12 to 24 hours, it is not sufficient to demonstrate a bottomed setup or trigger a corrective rally for a short-term recovery.

“In my opinion a further drop is inevitable, with the next strong support and potential bottom in the $4,800 – $5,000 range. Yesterday’s volume spike was acceptable but not the characteristic of a bottomed setup (it should be bigger and print a hammer/dragonfly/hanging man doji candle).”

DonAlt, a cryptocurrency trader and technical analyst, also stated that if BTC fails to recover swiftly to the $6,000 region, a further drop is likely.

“The drop happened, what now? We’re pretty much in no man’s land, with a lot of open space below us. If we don’t manage to rally up to the green line this week I’d expect to go lower.”

However, according to Crypto Rand, one positive takeaway from the correction is that cryptocurrencies have started to show independent price movements with less dependence on BTC. In the weeks to come, it is possible that the market sees a decline in the dominance index of BTC, especially if large market cap digital assets begin to perform better.

“We will have to wait some more months until BTC settle down its path through a potential reversal, but the alternative cryptocurrency market could take its own direction getting rid of the BTC influence. The big caps altcoin response has been amazing so far. Printing the mentioned dragonfly doji and a notorious spike on volume.” 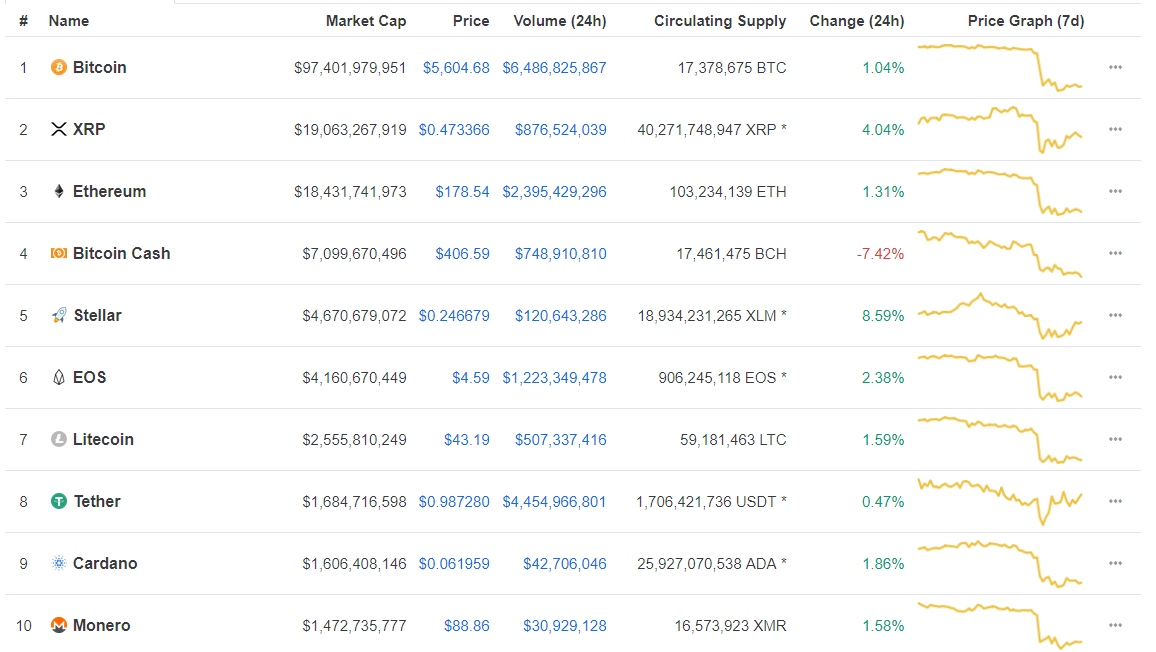 In the past several hours, Ripple (XRP), Ethereum (ETH), EOS, and Litecoin (LTC) have recorded a 2 to 4 percent increase in price against the US dollar, while BTC remained at around $5,600.

Weeks to months of stability expected

In the months to come, possibly throughout the first two quarters of 2019, Bitcoin and the rest of the crypto market could remain in their low price range.

Rob Sluymer, a Fundstrat Global Advisors partner, said that the consolidation period of BTC following its 11 percent drop from $6,300 to $5,500 could take weeks to months. Prior to building a platform to initiate a strong mid-term rally, BTC will have to demonstrate stability in the short-term.

“This week’s breakdown produced significant technical damage. That will likely take weeks, if not months, to repair to create a durable enough price ‘structure’ to support a multi-month rally.”

The analysis of Sluymer echoed that of Willy Woo, the creator of cryptocurrency market data provider Woobull.com, who previously stated that BTC will likely remain in a low price range until the second quarter of 2019.

On November 13, before the market demonstrated signs of a major sell-off, Woo stated that technical indicators show a weak short-term trend for BTC.

“This last reading of our blockchain and macro market indicators is still in play. What has changed is that NVTS has now broken its support, typically a sell signal.”

Based on fundamental indicators like NVT Ratio, an indicator that uses the network activity of the Bitcoin network to obtain an accurate assessment of BTC’s short-term trend, Woo stated that the second quarter of 2019 will likely see BTC bottoming out.

“Putting together the blockchain view, I suspect the timing for a bottom may be around Q2 2019. After that we start the true accumulation band, only after that, do we start a long grind upwards.”

Currently, many prominent cryptocurrency investors and analysts state that market conditions are poor and the sell pressure on major digital assets remains high. A speedy recovery by BTC and other major cryptocurrencies could be challenging in the short-term, mostly due to the sheer sell-off of the market over the past two days.

In an interview with Cointelegraph, Gabor Gurbacs, a digital asset strategist and director at VanEck, said that institutional investors are not concerned whether Bitcoin ends 2018 at $3,000 or $10,000.

While the recent market crash has led retail investors and individual traders in the public cryptocurrency exchange market to panic sell and drive the market down further, Gurbacs said that institutional investors are focusing on products that provide investor protection and strengthen the infrastructure of the crypto market.

“Large financial institutions are more focused on proper market structure than short term price fluctuations. How do we properly value digital assets? How do we custody digital assets? Are their ETFs available with proper market and investor protections? Most large institutions do not really care if Bitcoin ends 2019 at 3,000 or 10,000. I think market structure is getting better every day and crypto start to look more and more like the commodities and equities markets.”

Gurbacs shared the sentiment of BKCM CEO Brian Kelly and Coinshares executive Meltem Dem, stating that the Bitcoin Cash hard fork on November 15 and the hash power war between Bitcoin Cash and Bitcoin Cash SV contributed to the $27 billion drop of the crypto market.

End of the year selling by businesses finalizing their books also played as a catalyst in the market crash Gurbacs added, stating that traditional finance markets like equity and bonds also went through a large correction over the past several months.

“Recent market conditions: In the past 3 months [as of 11/15/2018] Bitcoin is down 17.1%, blue chips (MVDA10) – down 17.3% and small caps (MVDASC) – down 25.0%. XRP for the same period is up +47.0%. During the past month, however, Bitcoin and digital assets were fairly stable while the equity and bond markets have gone through a significant correction. The recent turbulence is due to the combination of some systematic end of the year selling (that is businesses are closing their books) and some mess around the Bitcoin Cash fork.”

As the Bitcoin Cash hard fork and the hash power conflict amongst Bitcoin, Bitcoin Cash, and Bitcoin Cash SV stabilizes, the market is expected to calm down and find its stability and momentum.