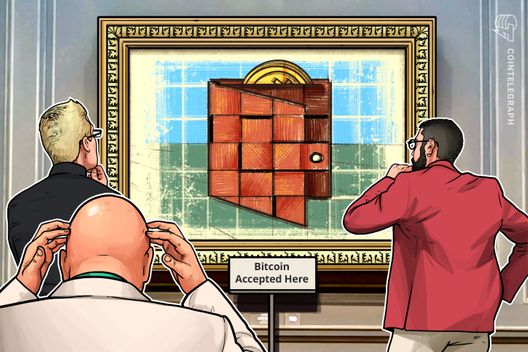 Great Lakes Science Center, a major museum and educational center in Cleveland, Ohio, is accepting Bitcoin as payment from visitors as of today, Nov. 13.

According to SpendBitcoins USA – a directory of retail merchants that accept Bitcoin as payment – at least two other U.S. museums already accept the cryptocurrency from visitors – the Museum of the Coastal Bend in Texas and St. Petersburg Museum of History in Florida.

The Ohio museum’s acceptance of Bitcoin comes just two weeks ahead of a forthcoming inaugural Blockland Solutions Conference in early December, with the museum’s president and CEO Kirsten Ellenbogen saying in a statement that “accepting bitcoin is just a small part of the momentum to grow a blockchain ecosystem in Cleveland.”

Ellenbogen framed the decision to accept Bitcoin in terms of the institution’s commitment to bleeding-edge innovation across the sciences, technology, engineering and math:

“Last year we launched our mobile app that uses augmented and virtual reality to allow guests to experiment with flames in space and test spacecraft designs re-entering Earth’s atmosphere when they visit the NASA Glenn Visitor Center, and now they’ll be able to use their phone to pay for their admission using Bitcoin.”

The news from Ohio contrasts with crypto pioneer Jeff Garzik’s recent comments, who reflected – around a week after  Bitcoin’s 10th anniversary – that the leading cryptocurrency  has become more established as a store of value rather than as a means of payment, as he had first envisaged.

Garzik – reportedly the “third-biggest contributor” to Bitcoin’s code and one of Bitcoin creator Satoshi Nakamoto’s key collaborators – said that whereas in the very early days, developers were targeting “getting merchants to accept Bitcoins,” today the asset’s popularity as investment asset predominates.

A recent report from blockchain intelligence firm Chainalysis suggests Bitcoin’s use as private money in commerce is indeed on the decline, even as it has gained significant traction as a form of “digital gold.”