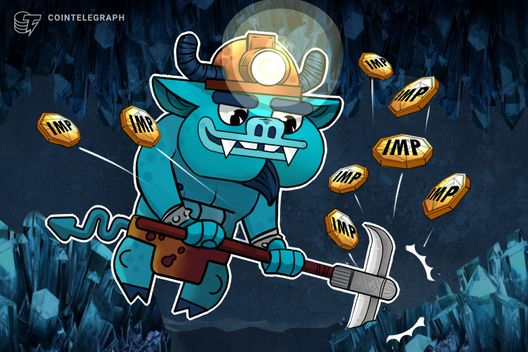 A new crypto game sees players send their warriors into battle to gain experience and rare artefacts, with strategy and skill key ingredients to their success.

Crypto games are all the rage right now – but for all of the talk about collectibles one blockchain startup says there’s a key element which is being overlooked: skill.

Ether Kingdoms believes gamers want more than an opportunity to collect virtual assets – and it has created an “exciting and engrossing game that can make real money for the player.” At the heart of its universe are imps – “the kingdom’s main workers and warriors.” They can go mining for IMP tokens – with one IMP equal to a warrior under your command. Each imp has distinctive characteristics, and gamers can send them into battle against other players if they wish. Victory means they will walk away with some of their imps.

Rare and desirable artefacts are available throughout the game, and these have the potential to make the imps stronger – giving players the upper hand when they’re challenging someone. These artefacts can be hard to find, but Ether Kingdoms does offer weekly leaderboards, with winners receiving a coveted loot box full of tools.

The mechanics of the game

Although Ether Kingdoms is based on blockchain technology, its team admits some elements of the game do not use smart contracts. In explaining why this is, they point to CryptoKitties – which soared to become the largest DApp on the Ethereum protocol by gas consumption. As a result, it put a strain on the entire network and created severe congestion.

Ether Kingdoms says its solution delivers a “fast and secure” gameplay experience where mining and battles won’t cost astronomical amounts of gas. While the MetaMask wallet is used for verifying all of the key actions that a player performs in the game, all other operations are stored on a server to make the game fast and free – creating a balance between “productivity, reliability and transparency.”

When it comes to the mining element of the game, players can open access to new mines as they advance through levels. More experience mean more IMP tokens can be rendered on a daily basis. Battles are crucial in racking up experience points, and over time, the number of imps gamers can dedicate to a fight increases. When they start to reach the top of the game, it is possible to risk it all by sending as many as 500 imps into battle.

To ensure a player always has someone to battle on demand, Ether Kingdoms has created “highly trained bots” which imitate the characteristics of imps and create an “absolutely equal” chance of victory. This ensures that gamers will never be left waiting for someone to come online before they can start fighting.

Bosses have also recently been unveiled. In a blog post, the startup explained: “Bosses are unique creatures that have set characteristics  –  for each level range there will be its own personal boss, which will appear on the map for a limited amount of time and the player will have to beat them to get a cool prize. Most likely, you’ll be able to beat a boss in a dozen or so tries.”

A minimum viable product version of Ether Kingdoms was released back in May. Since then, a raft of new features have been added – with dozens of new artefacts up for grabs. By the end of this year, players will be able to engage in a completely new game mode – Exploring Area, where they can fight with other players for different objects and explore dungeons.

Starting in 2019, global game events for groups are going to be launched – and players will be able to organize themselves into clans and do battle for “the rarest artefacts and the most valuable prizes.” Another crucial milestone will be the release of the game’s mobile version – but as most app stores do not allow cryptocurrency-related games, its tokens are not going to be supported on this platform.