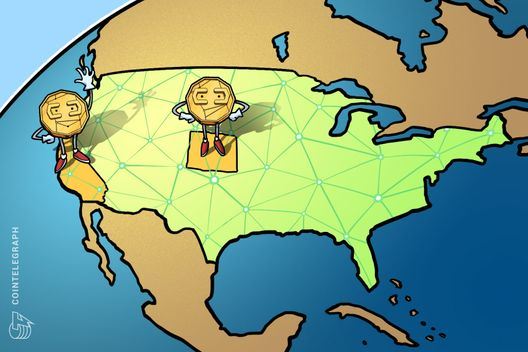 Two pro-cryptocurrency candidates have won seats to become governors of the U.S. states of California and Colorado in the country’s midterm elections.

In the California race, Democrat contender Gavin Newsom sealed 59 percent of the electorate’s support to defeat the Republican Party’s John Cox. According to local newspaper The Sacramento Bee, Newsom brought crypto onto the party political scene as early as 2014, when he became one of the first high-profile politicians to accept campaign donations in Bitcoin (BTC).

The newly-elected California governor notably counts crypto entrepreneurs the Winklevoss twins as donors, who reportedly laid down a collective total of $116,800 in 2017 for his campaign. While the twins reportedly donated to Newsom’s campaign in fiat currency, the governor also maintained a BitPay page where supporters could make their donations in Bitcoin or Bitcoin Cash (BCH).

In Colorado, another Democrat, Jared Polis, outsripped Republican competitor Walker Stapleton, with the former sealing 51.6 percent of the vote against the latter’s 45 percent. Polis’ Bitpay campaign donation page similarly accepted Bitcoin and Bitcoin Cash. His campaign website for the midterm elections contained an entire page devoted to his Blockchain Policy, outlining five area in which he intends to explore the technology .

These include voter protection and bolstering cybersecurity infrastructure, blockchain-based solutions to improve Colorado’s energy grid, and using public ledgers so that there is more transparency in regard to state contracts, expenditure, and other government bureaucracy.

Polis further indicated his intent to establish regulatory sandboxes in order to encourage blockchain firms to “flock to the state,” stating that their work can create “government applications that save taxpayers money and create value for Colorado residents.”

To this end, Polis pledged “to create a statewide safe harbor designed to exempt cryptocurrencies from state money transmissions laws.” He further stated plans to work to “establish legislation that protects ‘open blockchain tokens’ or cryptocurrencies that are exchangeable for goods and services,” from cumbersome licensing requirements that apply under extant securities and currency laws.

As previously reported, Polis’ blockchain policy draws on a precedent from the U.S. state of Wyoming, which this March which created a new class of assets by defining cryptocurrencies as “Utility Tokens.”

That same month, the Wyoming state legislature passed a House Bill that effectively exempts crypto from state securities regulations, signed into law by Governor Matt Mead. While the nationwide impact remains to be seen, both Wyoming’s and Polis’ pledge as governor indicate an avenue for utility tokens to be defined differently as either securities or commodities.