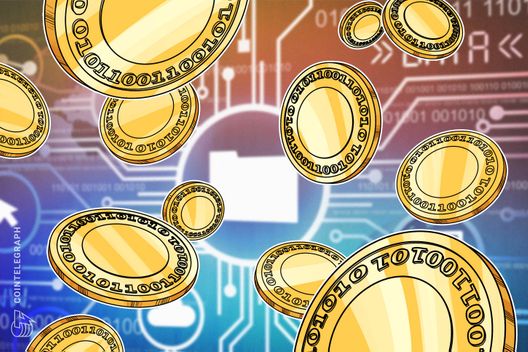 Blockchain Trust company Paxos has issued around $50 million worth of its recently launched U.S. dollar-backed stablecoin in the past few weeks.

Blockchain Trust company Paxos has issued around $50 million worth of its recently launched U.S. dollar-backed stablecoin, according to a Tweet from a senior employee October 15.

Yesterday’s tweet from Paxos’ vice president of marketing and communications, Dorothy Jean Chang, notes that Paxos had only “just” officially announced the release of $36 million worth of the coin during the first month since its launch, “2 hrs” before her tweet about hitting the $50 million mark.

The rapid pace of token issuance comes as Paxos is making the bold claim to have “achieved the fastest, widest institutional adoption of any digital asset.”

Ahead of Oct. 15’s official announcement – $36 million – and Chang’s subsequent tweet – $50 million – on Sept. 28, Paxos’ third-party auditor Withum released its audit report for the firm, corroborating that Paxos held around $14.6 million in its reserve account, which it suggested was roughly equivalent to the number of PAX tokens in circulation at that time.

In its official announcement yesterday, Paxos says that “six of the top ten crypto exchanges” have listed the asset, including Binance and OKEx, adding that OKcoin and itBit will soon follow suit.

PAX is indeed vying with several other newly-issued stablecoins, having announced its official NYDFS-approved launch the very same day as the WInklevoss twins unveiled their own own New York regulator-approved, dollar-backed, ECR-20 compatible stablecoin, the Gemini dollar.

Paxos’ announcement yesterday also broke the same day as stalwart, if controversial, stablecoin Tether (USDT) slipped from its U.S. dollar peg and was trading below its historical trading range, amid reports of an alleged loss of market trust as unclear (if notably unconfirmed) banking complications appear to beset both Tether and associated crypto exchange Bitfinex.

As previously reported, Tether’s past history of large-scale USDT issuance has in the past drawn both speculation and criticism in regards to its possible impact on Bitcoin (BTC)’s price performance.