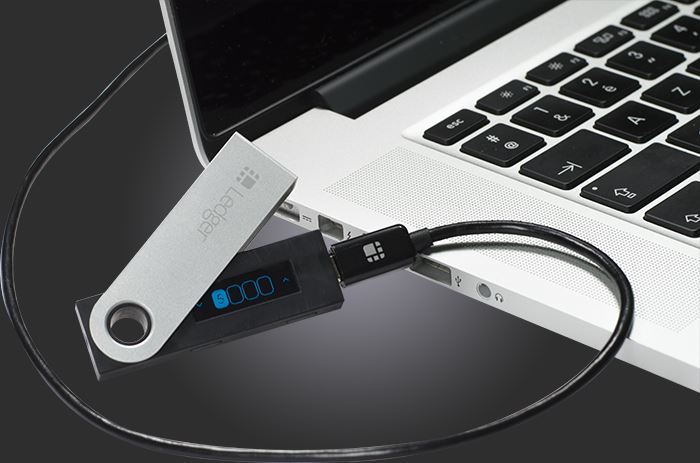 Ledger SAS, the French cryptocurrency hardware manufacturer has raised a staggering $75 million USD during its Series B round under the leadership of Draper Esprit, one of Europe’s leading venture capital firms. This represents the biggest venture capitalist fundraiser in the crypto storage sector, and it serves as a strong indicator of the growth of the hardware wallet industry. It’s also worth noting that they chose a traditional path rather than doing an ICO round. Perhaps one is coming in the future?

Ledger CEO Eric Larcheveque said they will use the money to fund global operations, including research and development. Larcheveque said the company “designed Ledger hardware wallet as an enabler for the blockchain revolution,” but in just three years, the series B round enabled them to reach “a significant milestone in the path to building a technological giant in the promising space of cryptocurrencies.” The Ledger wallet is one of several hardware solutions that reduce the risks of hacking.

Ledger makes USB dongles containing chips for the safe storage of private keys and intends to sell between 3 million and 6 million wallets this year. The company’s CEO appreciates that “Everything blockchain depends on keeping the private key secure.” He said crypto investors have since realized that keeping “this private key on your computer, was like buying gold bars and storing them in plain sight on top of your chimney.”

The growth of the hardware wallet market is a natural extension of the exponential growth of the cryptocurrency industry, with various companies competing for market share in this industry. There are many startups that are stepping into the wallet hardware market and those already in business are trying to expand their services to cover more countries, with more security features.

Ledger SAS, a new entrant in the Hardware wallet market, manufactures the popular Ledger Nano, which sold over 1 million wallets globally, according to the website. The company which opened shop in 2014 has done business in over 50 countries, where it maintains a trusted service. Ledger’s wallet comprises a tiny chip that encrypts an investor’s information and transaction records within the device. The application runs on Google Chrome and consumers have given it many five star reviews. As the price of Bitcoin and other cryptocurrencies stabilizes after the recent price correction, it’s likely that the sale of hardware wallets will increase as more investors go bullish again.

Bitcoin, the leading cryptocurrency and other market leaders Ethereum, Litecoin and Ripple tumbled this week but charts show that coin prices are looking up again. With the growing importance of cryptocurrencies and the wave of dedicated hedge funds that market players are planning to set up through digital currency trading desks, investors want the security of their crypto assets guaranteed.

Ledger’s hardware wallets that company CEO Larcheveque describes as “small-scale secure computers” are designed to act as vaults that will ensure a customer’s private keys are secure and not accessible to hackers and thieves whether online or offline. They plan to grow their revenue by developing a software portion of their business meant for customers like corporates, banks and hedge funds that will not rely on dongles but instead on a complex server-based structure. Larcheveque said they will “put our software on other hardware – that’s a hint at our future roadmap.” Ledger wants to become a technology giant that will secure Bitcoin and the blockchain infrastructure. More importantly, the growth of their company will drive other innovators to improve hardware wallet technology, benefiting the crypto-community as a whole.