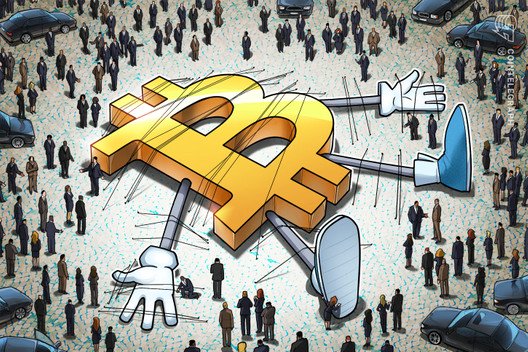 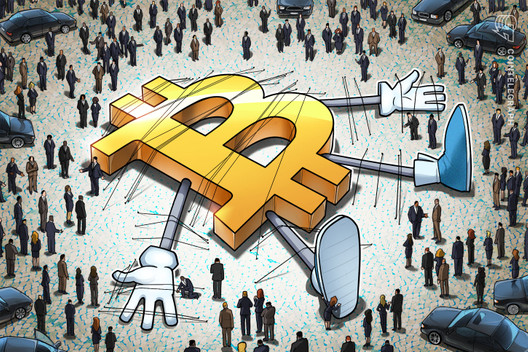 The price of Bitcoin dropped to $8,800 over the weekend and data shows miners and retail investors led the correction.

The initial drop of Bitcoin below $9,000 coincided with a massive inflow of BTC into exchanges and Bitcoin on-chain data indicates key players were selling over the weekend.

According to data, miners, exchanges and retail investors may have led to the decline in the price of Bitcoin over the past three days.

Who is selling Bitcoin?

As cryptocurrency investor Willy Woo previously explained, the role of an exchange is to match orders between sellers and buyers. As an example, if a buyer is purchasing Bitcoin at $9,000, a seller has to be selling BTC at the same price for the trade to come through.

When miners sell the BTC they mine and exchanges sell the fees they generate, they place external selling pressure on Bitcoin.

According to data from CryptoQuant, the inflow of Bitcoin spiked to 2,435 BTC on May 24. That is approximately $22 million worth of BTC deposited to exchanges on a single day. 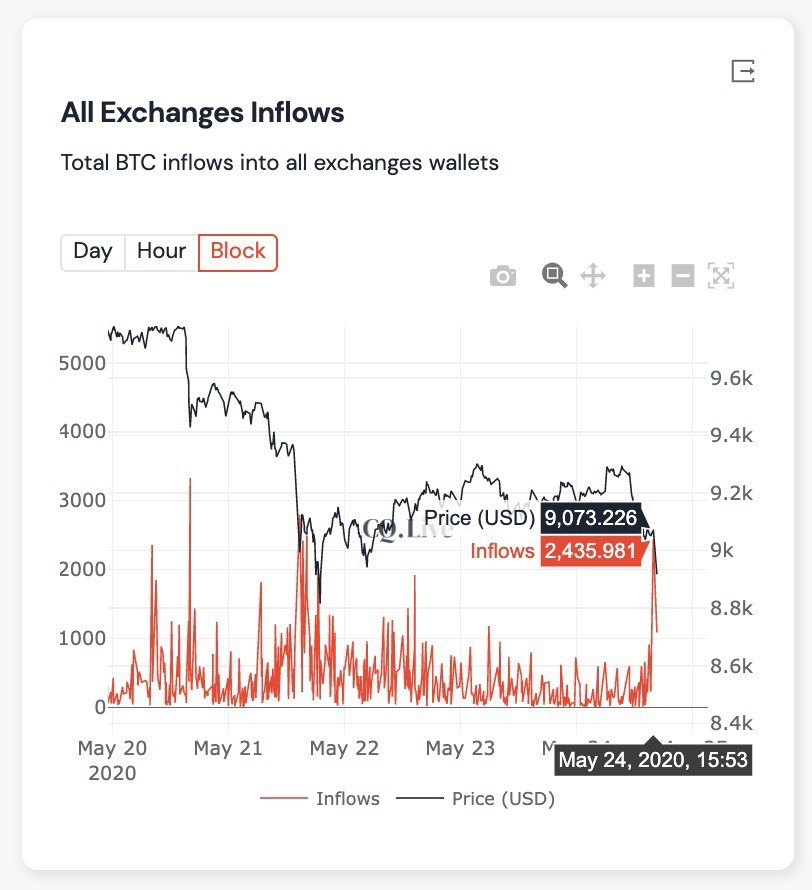 The statistic shows cryptocurrency exchanges probably did not account for a large portion of the selling pressure that occurred over the weekend.

For exchanges to have led the pullback, then the inflow of BTC into exchanges had to remain low. Crypto trading platforms generate revenue through trading fees and an exchange can simply sell the fees on their own exchange without moving large sums of BTC around.

What is left is miners and retail investors and the on-chain figures suggest that they were the likely culprits behind the May 24 sell-off.

In the past week, ByteTree shows miners generated 5,231 BTC and spent 5,846 BTC. Simply put, miners sold 614 BTC on top of selling all the Bitcoin they mined within a seven-day period.

Miners are selling more Bitcoin than they mine. Source: ByteTree

Miners most likely behind the sell-off

For large miners in Sichuan, China, the current rainy season will allow them to negotiate lower electricity rates. This means some mining centers will be able to secure a $0.03/KW rate which will bring down the cost of mining to about $6,000.

For over-leveraged or small miners outside of China, however, the halving could have a significantly negative impact on their profit margins.

Whether miners are selling more than they mine because BTC is above the breakeven cost of mining in China or over-leveraged miners are capitulating remains unclear.

But, the data points show miners were most likely leading the sell-off of Bitcoin in the $9,300 to $9,400 range, along with retail investors on Coinbase moving to sell BTC.