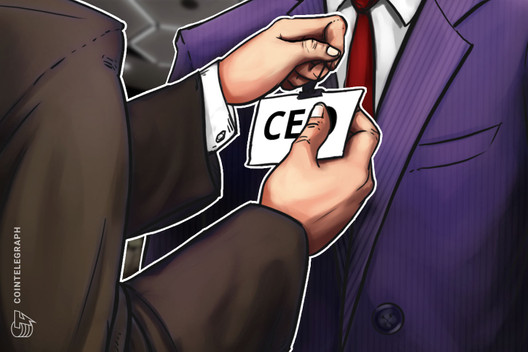 Bitcoin.com is being led by its third CEO in three months, with the promotion of Chief Product Officer Dennis Jarvis.

Bitcoin.com has its third CEO in three months, following the promotion of Chief Product Officer Dennis Jarvis to the top job.

Founder of the crypto exchange and news site, Roger Ver, revealed the change of leadership had come amid “lagging morale” at the company in an internal memo to all employees on May 20.

He said that former COO Mate Tokay — appointed just two months ago — would step down immediately and thanked him for his brief time at the helm. In April, Tokay was announced as ‘CEO’ rather than ‘acting CEO’. He’ll be staying on as Ver’s ‘right hand man’.

The company has now appointed three new CEOs, since Roger Ver stepped down as CEO to become chairman in mid-2019. Corporate Veteran Stefan Rust was the first to take over, however a ‘sudden’ downsize in April this year saw Rust out followed by a rumoured 60 other employees one week later.

During Virtual Blockchain Week Ver shed some light to Cointelegraph about the move:

“So Stefan Rust, we left on very amicable terms and it just didn’t turn out to be the right fit long term but we still love and respect Stefan and we wish him the very best in the future.”

The latest change of leadership was attributed to the “chaotic” times the industry has faced along with the company’s response:

“I know that at times this industry can be chaotic, and we haven’t done enough to mitigate that fact or focus on creating long-term stability— especially lately. I know that this has really affected each of you personally. Many of you have spoken out and I also thank you for that.”

Ver also announced a simpler executive structure and said the leadership team would be based in Tokyo, Japan. Ver has changed his title from Executive Chair to Founder and promised to be less hands on:

“It is now necessary more than ever for me to once and for all step back from active day-to-day management of Bitcoin.com. I didn’t reach this decision lightly given the current circumstances, but I feel it’s the best way for me to help rebuild morale.”

At Virtual Blockchain Week Cointelegraph asked Ver about whether his ‘hands on’ approach had been a factor in Rust’s departure: