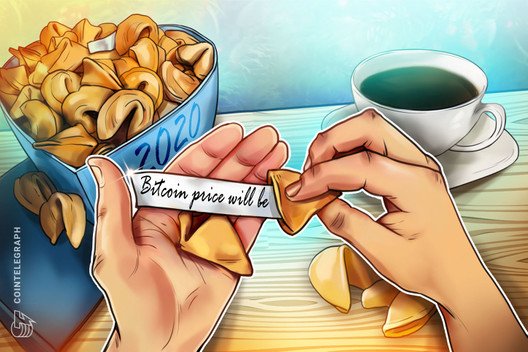 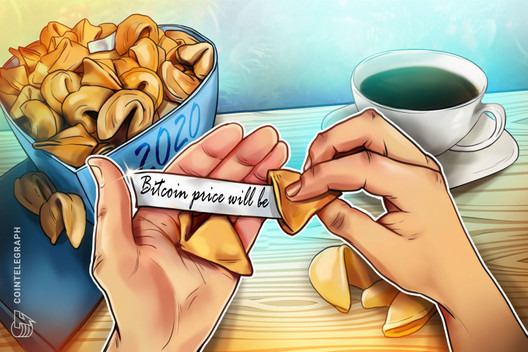 Bitcoin price has rebounded but is now stuck in a range between $6K-$8K with less than 50 days left before BTC miner block rewards are cut in half.

Bitcoin (BTC) is trading at $6,670 representing a 1% gain in the last 24 hours but a gain of 14.66% off the weekly open at $5,815. Looking at performance relative to its peers, Ether (ETH) and XRP both underperformed versus Bitcoin last week against the U.S. dollar and have continued to do so.

As a result, Bitcoin dominance is up 1.5% and pushing to reclaim 68% as there has been a general flight to safety in Bitcoin, although dominance is still down some 4% for the highs of the year at around 70%. 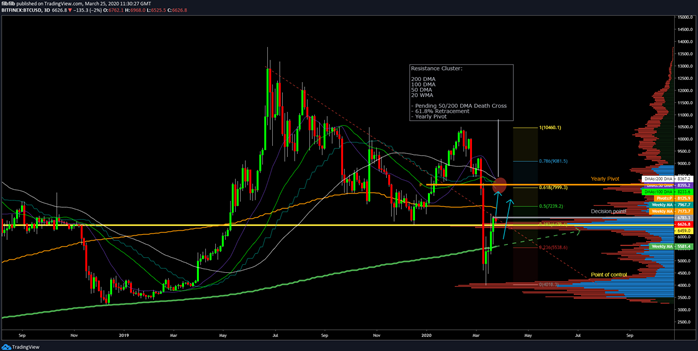 Bitcoin is trading up against what is a fundamental decision point at $6.8K. This is previous support now acting as resistance and the top of a high volume node which is dissected by a diagonal resistance trend line, which dates back to mid-2019.

Reclaiming $6.5K has been a sign of strength by the bulls who catapulted Bitcoin higher off the 200-week moving average in the mid $5Ks. Looking at the big picture, a meaningful break out of the $6.8K resistance would see Bitcoin first attack $7,200 — the 50% retracement of the 2020 lows to highs — but above that stands formidable resistance.

There is a so-called “death cross” taking place today overhead at $8300 where the 50-day moving average is crossing below the 200-day moving average, which is a crowded cluster of other former support levels, namely the 100-day and the 20-week moving averages. Alongside this is the 61.8% Fibonacci retracement level at $8K and yearly pivot at $8,100 and a high volume node, implying that it will be a real challenge for the bulls to break beyond this point. 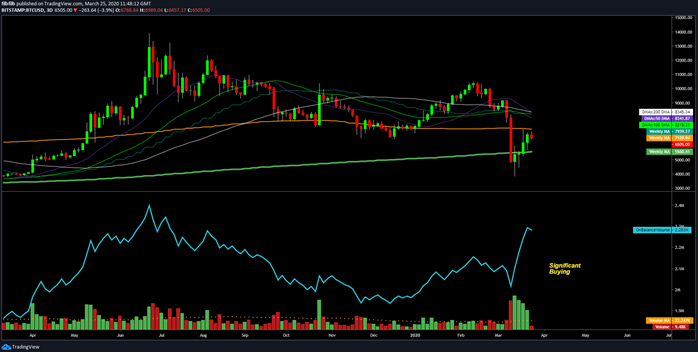 The 3-day Bitcoin chart helps illustrate the persistently high volume being transacted by the bulls, albeit declining in its momentum, the volume at the 200-week moving average has resulted in the OBV printing the biggest surge to the upside in recent times and is indicative of real support around the mid $5Ks. 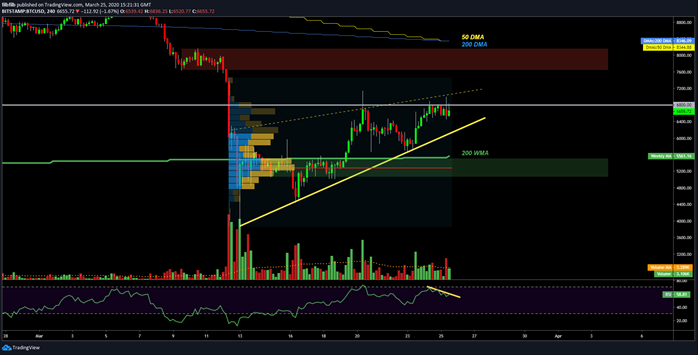 The 4-hour Bitcoin chart shows a strong trend pressing Bitcoin up against the $6.8K resistance level with the structure arguably being in a rising wedge pattern, which is typically bearish when accompanied by decreasing volume as is apparent here. The RSI is also showing bearish divergence which adds to the bearish case.

If the bulls are unable to regain the $6,800 level, the 200-week moving average is lying below at around $5,500 on a high volume node, which was previously front run in the last attempt to break $6,800. Should the bulls find their feet again, diagonal support will be found at $6,250.

Typically in Bitcoin’s history, we have seen a rally into the death crosses and depreciation into a golden cross.  If the bulls can break the $6,800 level, there is a high probability of selling pressure around $8K due to the confluence of previously lost support now likely to act as resistance.

The Crypto fear and Greed index, which is a metric deriving the sentiment in the market from various inputs, shows unsurprisingly that the market remains in extreme fear meaning that there is likely to be more market volatility on the way.

The last time that fear was at these lows for any amount of time was in December 2018 at the lows of the 2018 bear market and interestingly also at the 200-week moving average. The 200-week moving average was ultimately a magnet for a retest although price never quite made it and was front ran, which was a good indicator the bottom was in. It is possible we are setting up for the same scenario again here.

The futures market also gives an insight into what the expectation is for the price of Bitcoin with contracts ending in June currently trading in backwardation with a discount from spot prices of around 1%. However, there is an expectation of some recovery and higher valuation for the September contract close. 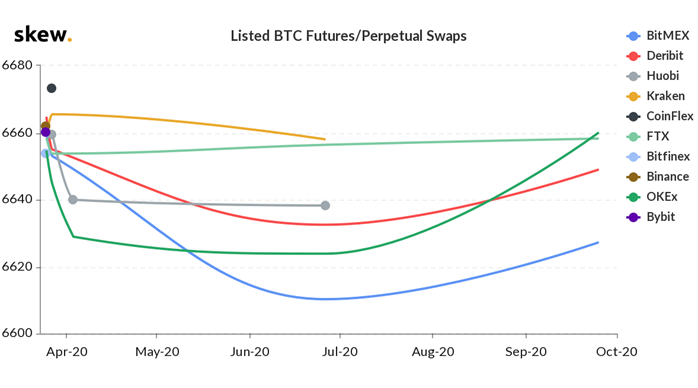 Perpetual swap funding also remains negative in the market, meaning that in order to achieve a synthetic cash position on a perpetual swap exchange, market participants are effectively paying an interest rate.

Historically, there has been an inverse relationship between negative funding and propensity for the market to turn bullish so this may indicate that eventually those paying to be in a short position for longer periods while price remains flat above the 200 WMA will naturally be squeezed out. 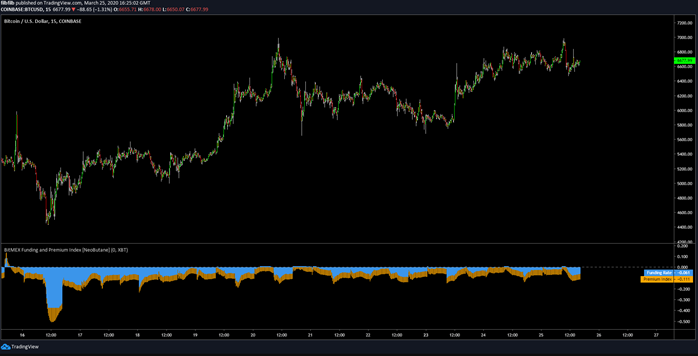 With global uncertainty reaching all-time highs at present and with the commitment from central banks to provide “unlimited” liquidity in the form of debt, Bitcoin finds itself at ground zero in terms of its purpose for its creation.

While global assets are depreciating in real terms, Bitcoin’s inflationary supply is due to be cut in half in May and once the dust settles on the global markets, it may be that there is a flow of idle dollars into the Bitcoin market.

This macroeconomic backdrop could prove to be very beneficial to the price of Bitcoin. The key challenge is to maintain the 200-week moving average and miner’s revenue above production cost, which is presently the case.

Assuming the 200-week moving average will be retained and $8K will be the resistance expected, Bitcoin may find itself trading sideways between the $6K and $8K for some time before a decisive move. The backdrop couldn’t be a better time to talk about the halving and in a few weeks that will present itself as being an imminent event that could be the catalyst to take Bitcoin back above resistance; time will tell with 49 days remaining until Bitcoin reward halving.