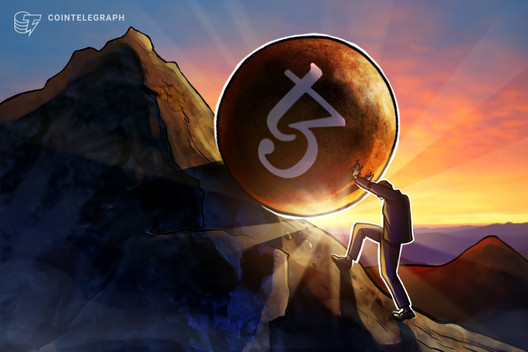 The Tezos Foundation moves to settle the $25 million consolidated class-action it has been fighting since 2018.

The Tezos Foundation moved to settle its $25M consolidated class-action lawsuit on March 20, following more than two years of fighting in court.

In a post on its website, the foundation claims to have chosen to settle due to the time and financial expense incurred through continuing proceedings.

“It was decided that the one-time financial cost of a settlement was preferable to the distractions and legal costs associated with continuing to fight in the courts,” the foundation states.

After conducting its then-record $232 million initial coin offering (ICO) in July 2017, lawsuits against Tezos quickly began to mount — with date of its token distribution being delayed amid a legal dispute between the cryptocurrency’s creators and the foundation’s then-president over control of the project’s funds.

In January 2018, several plaintiffs accusing Tezos of issuing unlicensed securities moved to consolidate their cases against Tezos, with consolidation being granted by the court on Apr. 3, 2018.

Tezos’ council maintains that it did not issue unregistered securities, describing the lawsuit:

By settling, Tezos avoids the risk of having a court rule that its ICO was a securities offering.

Since conducting its record-breaking ICO, Tezos’ assets have nearly tripled in value — with the foundation’s March 9 biannual report revealing that it holds $635 million in assets.

The report also revealed that the foundation has deployed $37.6 million in grant funding for the Tezos (XTZ) network since August 2019.