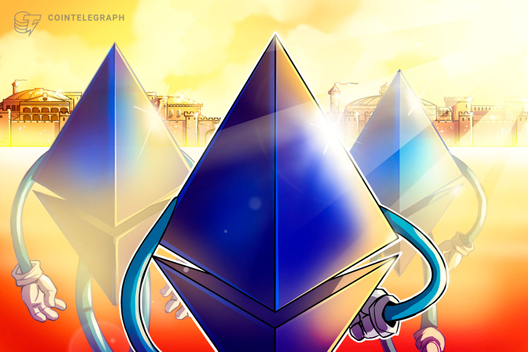 In a tweet posted on Aug. 11, Lohja — who works as technology coordinator at Ethereum Classic Labs — wrote:

“Opinion: Many #cryptocurrency in the top market cap would be absolutely #Rekt by #EthereumClassic if we removed #Ethereum from the brand. I know we are original Ethereum project, but maybe this can be water cooler chatter at summit eh?”

As Cointelegraph has previously reported, Lohja’s reminder that Ethereum Classic is the original Ethereum project refers to the fact that the coin runs on the original version of the blockchain, before it was hard forked in 2016 in response to the DAO scandal.

After the hard fork, “Classic” was added to the cryptocurrency’s name to distinguish it from its successor, Ether (ETH).

With Ether currently ranked largest altcoin by market cap, Ethereum Classic lags some way behind in its 21st spot ranking.

Lohja’s suggestion that the coin should dissociate itself completely from the Ethereum project in terms of its branding in order to see market cap gains was met by support by Yaz Khoury, director of the Ethereum Classic non-profit ETC Cooperative, who responded:

The ETC Classic Summit — to be held in Vancouver, Canada — is planned for October 3-4.

Within an emerging sector, the question of names is a matter of heated deliberation as different currencies, assets and tokens attempt to differentiate themselves and vie for adoption.

Even a symbol is perceived to have a significance for a cryptocurrency’s useability: this August, some industry commentators argued that Bitcoin (BTC)’s potential for everyday retail payments would be better served if there were a consensus to formalize the symbol used to denote its smallest unit, the Satoshi — or one hundred millionth of one Bitcoin.

This May, one study appeared to indicate that the readability of a cryptocurrency’s three-letter long ticker symbol positively correlates with higher returns.

Notoriously, there has also been talk of companies allegedly attempting to cash in on the hype by including “Blockchain” or “Bitcoin” in their names.

With industry classifications still evolving, names for asset types can themselves vary either according to geographical jurisdiction or to their functionality.