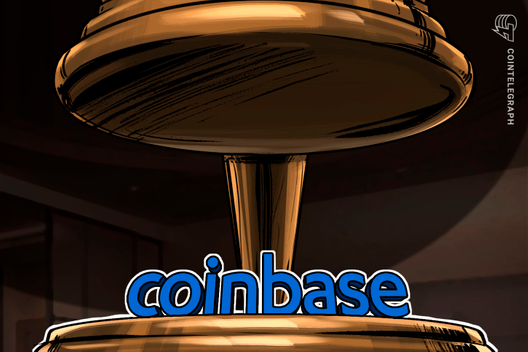 Cryptocurrency exchange Coinbase did not act fraudulently during its botched launch of Bitcoin Cash (BCH), a United States judge has ruled.

In a court order issued on Aug. 6, U.S. District Judge Vince Chhabria of the Northern District of California (San Francisco) threw out claims by traders that Coinbase committed fraud by halting trading after two minutes.

The move is the latest in a protracted lawsuit brought by trader Jeffery Berk over the events, which occurred in December 2017.

At the time, BCH was only four months old and still being added to major exchanges. Coinbase initially added the altcoin to its platform, but doing so produced a spike in its price, while a subsequent decision to close trading left users unable to sell at higher prices.

Following the debacle, Coinbase was widely accused of insider trading, with executives allegedly manipulating markets by buying up BCH based on prior knowledge of the plans.

“Even assuming Bitcoin Cash is a commodity subject to the Commodities Exchange Act, the complaint does not sufficiently explain how the launch manipulated the market for Bitcoin Cash or for Bitcoin. Nor does it plausibly or coherently describe Coinbase and Armstrong’s motive to manipulate the prices.”

Motion to dismiss the fraud claims is granted

Plaintiffs will now have to move forward based on a negligence lawsuit. The BCH launch, Chhabria claimed, was enacted too quickly, engendering problems from the outset.

“The motion to dismiss the fraud claims is granted. The plaintiffs have not particularly pleaded their reliance on Coinbase’s allegedly fraudulent statements,” he continued.

“Moreover, while the factual allegations paint a compelling picture of an incompetent launch by Coinbase, the complaint does not outline a coherent account of fraud by Coinbase, Armstrong, and Farmer.”