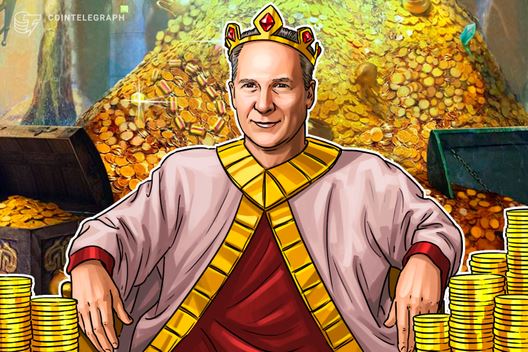 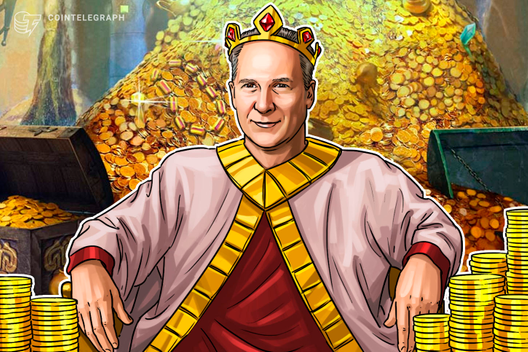 Bitcoin’s (BTC) fresh bull run this week is down to speculators betting on Chinese economic upheaval, not Chinese upheaval itself, Peter Schiff claims.

In a tweet Aug. 5, the veteran gold bug and well-known Bitcoin naysayer claimed that current events impacting the Chinese economy did not cause fresh interest in Bitcoin.

As Cointelegraph reported, BTC/USD has shot up over the past 24 hours, with many commentators eyeing a fall in the Chinese yuan as a major catalyst.

For Schiff, however, those events simply provided speculative traders with another outlet for squeezing markets and introducing more volatility.

He framed his remarks as an attack on CNBC, which he claimed spent a disproportionate amount of time on Bitcoin’s movements at the expense of assets such as gold.

“CNBC is trying its best to dupe its audience into buying Bitcoin. Despite gold being a much larger market, CNBC devotes far more airtime to Bitcoin,” he tweeted.

The perspective is curious, Schiff just last week appearing in an hour-long dedicated debate on the pros and cons of gold versus Bitcoin. Hosted by Ran Neuner, who regularly discusses cryptocurrency on the network, the debate with Morgan Creek Digital co-founder Anthony Pompliano soon became a talking point.

For his part, Pompliano said that Schiff should be 100% certain of Bitcoin’s lack of value, or he would regret lambasting instead of investing in it.

Since the debate aired, BTC/USD gained around 15%, leading to predictable responses to his tweet from traders who pointed to gold’s comparatively lackluster performance over a period of many years.

“Yeah, because speculators can push the price of an asset up by 30% in one week… right?” investor and trader Josh Rager responded.

Schiff in fact owns at least 0.21 BTC ($2,470), which he said he would keep after Pompliano inadvertently caused around 100 people to send him free coins in a bid to change his mind.