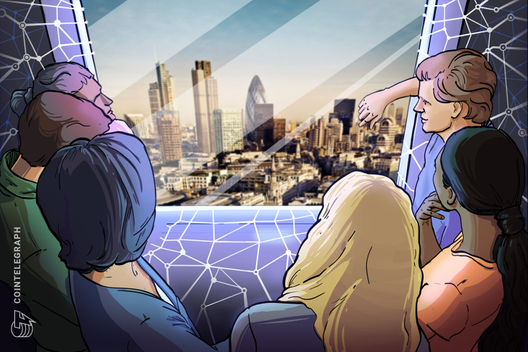 R3 is doubling the size of its London branch in anticipation for over forty new hires by the start of 2020, as the CEO predicts a prosperous post-Brexit environment.

According to the report, R3 has increased the size of its London branch as partial accommodation for the company’s intended 85 global hires by the end of 2019. Out of the 85, over half are intended to be installed in the company’s London office. R3 is reportedly primarily recruiting software engineers, but will also onboard some commercial and client-facing professionals.

Additionally, the report states that the London expansion is a cornerstone of R3’s rapid growth plans. The company reportedly is seeking to add a new engineering center by early 2020, and is currently mulling over the best location for its new building. R3 is reportedly scheduled to announce the location some time in the coming months.

According to R3 CEO David E. Rutter, the United Kingdom’s impending departure from the European Union will position London in a favorable economic position:

“There is enormous opportunity for London post-Brexit. While there clearly remain some uncertainties, we believe the city is well placed and established to thrive in the coming years. That’s why we are confident in making this substantial long-term commitment now.

Three years after Britons voted to leave the EU, Brexit has still not been accomplished as the Parliament has failed to reach any substantive agreement. In May, the President of the European Council Donald Tusk predicted a 20-30% chance of it being cancelled outright, while Business Insider states that a Scottish court could rule out Prime Minister Boris Johnson’s plan to suspend Parliament and force a deal through.

As previously reported by Cointelegraph, R3 has moved to develop a blockchain platform in Brazil as of June. More specifically, R3 has partnered with the banks Bradesco, Itau and B3 stock exchange to build a platform for foreign trade and insurance. R3 executives apparently shared the news at an R3 Consortium meeting, the members of which are from large banks and tech companies. The consortium has also said that the Brazilian stock exchange is currently using R3’s signature Corda platform for digital identification.