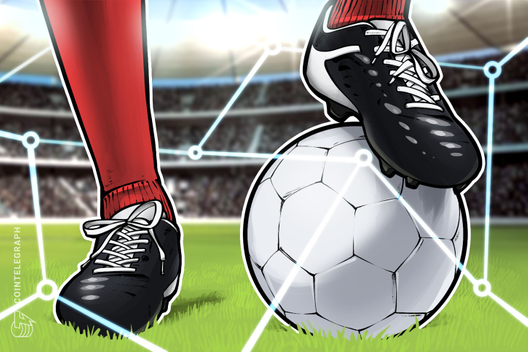 Pro British soccer club Everton F.C. has signed a deal with eToro to advertise the crypto-inclusive trading platform in its marketing materials and at matches.

Everton Football Club of the British Premier League has signed a deal with the crypto-inclusive investment and trading platform eToro. Everton shared news of the partnership in an official announcement on Aug. 1.

As per the report, eToro will now be Everton’s “Official Online Trading Partner”, which will offer advertising for the platform via its marketing assets and matches at home stadium Goodison Park. Everton’s commercial director Alan McTavish commented that he is “excited to see what can be achieved by bringing blockchain technology into the world of football.”

As stated in the announcement, eToro supports investments in both stocks and commodities as well as crypto assets. Moreover, in addition to partnering with Everton, eToro has reportedly signed with six clubs within the Premier League for the 2019–2020 season.

As previously reported by Cointelegraph, the Italian soccer club AS Roma partnered with sports and blockchain entertainment firm Chiliz in July. The partnership reportedly allows AS Roma to join a blockchain-based voting platform called Socios, backed by Chiliz, which allows the club to issue a fan token. This token will reportedly allow fans to vote on some club decisions for the football team.