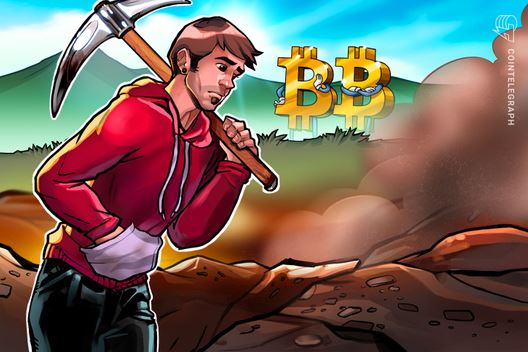 Bitcoin (BTC) now has 85% of its supply in circulation as of August 1, leaving just 3.15 million new coins for the next 120 years.

According to data from monitoring resource Blockchain, Thursday saw Bitcoin miners extract the 17,850,000th unit as part of the transaction validation process.

As a result, due to the number of coins awarded to miners per block decreasing over time, the remaining supply will only be unlocked in the year 2140. Bitcoin has a total fixed supply of 21 million units.

“Scarcity is about to kick in,” the crypto trading account known as Rhythm on Twitter commented on the event.

The current Bitcoin supply means only a maximum of 17,850,000 people can own an entire coin. In reality, however, some of the existing mined supply is not in circulation and never will be, as users lose access to private keys.

Estimates, such as those from blockchain research firm Chainalysis in 2017, have put the proportion of these lost coins at up to 4 million — or over 20% of the total supply.

Looking forward, May 2020 will see the next reduction in miner payouts — from 12.5 BTC to 6.25 BTC per block — an event which analysts consistently state will produce Bitcoin price increases.

Among those subscribing to the theory is analyst Filb Filb, who last month forecast that BTC/USD would not dip below $6,500 again thanks to miner support. In general, in the run-up to the halving, miners will exert considerably more influence over the Bitcoin price, he said.

Competition among miners is already fierce since Bitcoin began booming in 2019. As Cointelegraph noted, both network hash rate and difficulty continue to set new records as activity makes Bitcoin ever more secure for its users.