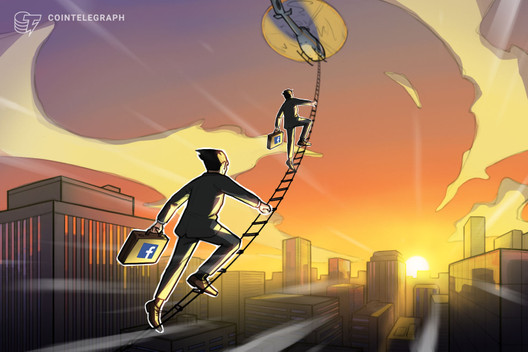 Jeff Cartwright spent nearly five years at Coinbase as a compliance manager, head of internal audit, and director of regulatory risk and exams. Prior to joining Coinbase, Cartwright was involved in AML consultancy at Big Four firm KPMG and AML compliance investigations at Goldman Sachs. At Facebook, Cartwright will hold the position of a policy and compliance manager.

As Cointelegraph reported in March, Facebook began hiring PayPal staff ahead of its rumored cryptocurrency launch. The company started onboarding dedicated blockchain staff last year, under the auspices of David Marcus, himself a former president of PayPal. Now, around 20% of the team’s 50 members come from the payments platform, a situation reminiscent of the so-called “PayPal Mafia” executive group of the early 2000s.

Recently, news broke that Facebook acquired the rights to the “Libra” trademark for its secretive cryptocurrency project. A source familiar with the matter confirmed that Facebook is recruiting financial firms to develop its own crypto and that the project’s codename and product name is Libra.