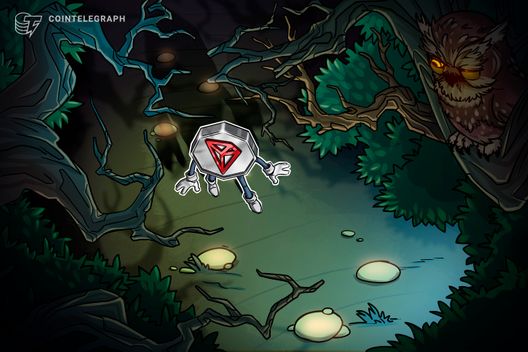 According to Simon Morris, former chief strategy officer at BitTorrent, Tron won’t be able to manage the transaction volume needed to tokenize BitTorrent.

According to Simon Morris, former chief strategy officer at BitTorrent, Tron will not be able to manage the transaction volume needed to tokenize BitTorrent. Blockchain news website BreakerMag published its interview with Morris on Jan. 11.

According to the interview, Morris noted that when he worked at BitTorrent, he and his team discovered that bringing a token and automated auctions to prioritize download queues could increase the speed of the network by up to 40 percent.

Nevertheless, Morris reportedly stated that there’s “no way” the Tron blockchain could handle the transaction volume that such a system would require. According to him, his team needed hundreds of transactions per second just to get started. He added:

“You hear all the bulls**t out there, oh, this does 10,000 transactions a second. It’s all crap. We were going to melt TRON. Literally destroy it.”

Further, BreakerMag reports that, according to Morris, there is little reason to believe the other claims about BitTorrent’s Tron-based token, BTT. As Morris allegedly described Tron:

“It’s basically a marketing machine layered on a very thin veneer of technology.”

Explaining his point of view, he reportedly told the news outlet that Justin Sun is very strong at marketing but that he “doesn’t have a technical bone in his body.” Furthermore, he added:

“But the approach that bothered me was, the very sort of Trumpian approach — if you get caught in a lie, the answer is you double down on the lie. [It was] the endless doubling down on lies that made me think it wasn’t going to be a fit.”

Morris left BitTorrent in July last year, reportedly after concluding that he would not be able to develop any trust in relationships with Tron executives. BreakerMag reports that when Morris confronted Sun about Tron’s allegedly plagiarized code and white paper, Sun replied:

“We have come to consensus that this did not happen. And we have moved on.”

Morris reportedly suspects that Tron will manage BitTorrent transactions on a central server and, as he says, pretend it is Tron-based. According to BreakerMag, Morris expects the efficiency of BitTorrent will increase as predicted, but he doesn’t expect this system to be Tron-based. Still, he reportedly noted, this centralization could make this system less reliable.

A Tron spokesperson told Cointelegraph in private comments today that “Morris appears to have little insight into BitTorrent operational plans since his departure,” adding:

“Actions and execution will prove louder than the words of a disgruntled former employee.”