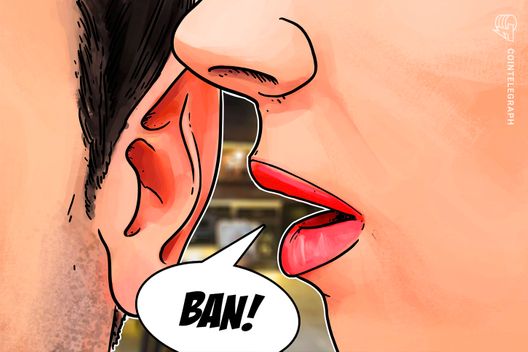 United States-based payments firm Square’s Cash App has reportedly blocked the personal account of the founder of controversial social media site Gab, according to a tweet from Gab Jan. 8.

The move was reported just after Gab announced that the firm had sent an email to its user base promoting Cash App and Bitcoin (BTC). In a tweet today, Gab announced that it has sent over 850,000 emails to its users, introducing them to “free speech money: Bitcoin.” The screenshot of the firm’s email generally describes alleged censorship measures that have been taken against “influential alternative media personalities and companies,” but also calls on users to use BTC as a “censorship-resistant free speech money and payment processing.”

Further in the letter, Gab also directly recommends and evidently links to Square’s Cash App for transactions with BTC. The firm also announces it has begun accepting BTC for its GabPro premium service.

“Yes, we know who owns Square. We realize our accounts have been blocked for unknown reasons.”

On Jan. 6, Gab announced it had started using Cash App to transact and receive BTC donations after its corporate account on major U.S. crypto exchange Coinbase was reportedly closed. Prior to that, Gab had also been reportedly banned both by the Apple and Google app stores.

Established in 2016, Gab presents itself as a “free speech social media platform,” but is widely criticized as a “favored platform” for alt- or far-right views. Gab drew particular scrutiny in fall 2018 after it was reported that the perpetrator of the Pittsburgh synagogue shooting, Robert Gregory Bowers, had posted on Gab indicating his immediate intent to do harm prior to the crime.

In another tweet today, the social network referred to itself as “the most censored website in history,” providing a list of services that have allegedly blocked or censored it.

In April, WikiLeaks Shop, the merchandise arm of international anonymous publishing non-profit WikiLeaks, reported on Twitter that their account with Coinbase had been blocked. WikiLeaks Shop’s tweet contained a screenshot from an alleged email from Coinbase that states the organization violated their Terms of Service and therefore “can no longer [receive] access to [their] service.”