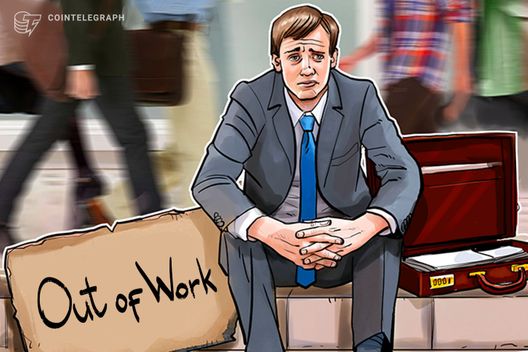 Blockchain tech company ConsenSys could reportedly cut 50 to 60 percent of its staff amidst the market slump.

Citing a source familiar with the matter, the Verge reports that ConsenSys is spinning out startups it previously backed, some of them without financial support. This will reportedly impact the ConsenSys’ workforce, especially its internal incubator Consensys Labs. The source said that the number of employees to be laid off could be anywhere between 50 and 60 percent of ConsenSys’ 1,200 person workforce.

According to the source, ConsenSys Labs is also being reorganized and will subsequently cease to be an incubator, and instead will operate as a more traditional investor.

The report comes after a ConsenSys letter to staff, in which the company announced its plans to streamline and toughen its business style amid an increasingly “crowded” competitive blockchain space.

Company CEO Joseph Lubin reportedly said then that “we must retain, and in some cases regain, the lean and gritty startup mindset that made us who we are.” While the company plans to reassign staff from shuttered projects to other initiatives, Lubin reportedly “did not rule out layoffs.”

ConsenSys reportedly did not deny upcoming layoffs and said that it is discussing the situation with every project to “determine a path forward, whether that will be internally as a part of ConsenSys 2.0, or as an external entity.”

“The world has not collapsed as [Lubin] planned, and so he needs to pivot his company because it was orchestrated for a vision only where Ethereum would be $10,000,” the source reportedly said.

Ethereum (ETH) and other major cryptocurrencies crashed on Nov. 14, with seminal cryptocurrency Bitcoin (BTC) dropping below the $5,600 price point for the first time in 2018.

Earlier today, crypto investment bank Galaxy Digital said in a note to clients that short rallies like the current one are what happens “before a real rally ensues.” Galaxy Digital concluded that the recent “short” crypto rebound “has more legs” than people realize, citing upcoming involvement in the industry by institutional players.