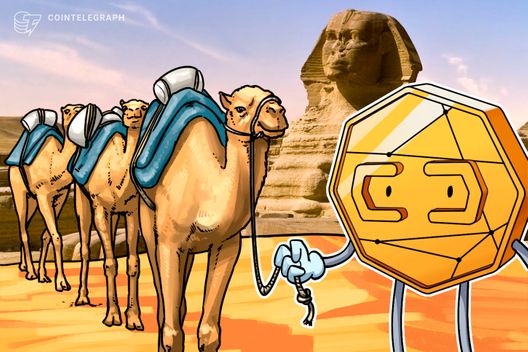 A sub-governor from the central bank of Egypt has said the entity is looking into issuing a blockchain-based digital currency.

Ayman Hussein, sub-governor of the Central Bank of Egypt (CBE), told an Abu Dhabi conference on Sunday that “feasibility studies” were currently ongoing.

In line with various authorities in the vicinity, Egypt believes a blockchain-based digital version of its fiat currency can help keep issuance and transaction costs to a minimum compared to coins and banknotes, Amwal Al Ghad notes.

The move is one step in the journey to a cashless society.

“A number of international institutions” are involved in the studies, Amwal Al Ghad reported Hussein as saying, “without disclosing names or specifying whether the anticipated currency would be traded for banks only or between banks and clients.”

Egypt has traditionally taken a highly risk-averse stance to decentralized cryptocurrencies such as Bitcoin (BTC), stepping up its public rhetoric since the country’s first crypto exchange launched in August 2017.

At the time, CBE reacted saying there was no “legislation or law” in force “allowing” such activities to take place, the Egypt Independent reported. The exchange, Bitcoin Egypt, was not able to be found online today at press time.

The Turkish government has also warned over the incompatibility of Bitcoin trading and Islam, while a report in April from an Indonesian-based fintech startup concluded that the coin is “generally permissible” under Sharia law.