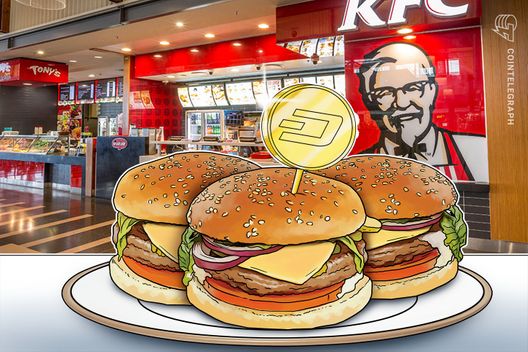 KFC Venezuela has reportedly denied that it will soon accept Dash payments, but has confirmed negotiations with the company.

Sampayo explained that KFC had discussed a crypto-related test with Dash, but the contract has not yet been finalized. He also said that processing payments with Dash “is not a fact, nor has the publication of any news about it been authorized.”

The video attached to the tweet said that the country’s capital Caracas will be the first city to test a crypto-powered payment system in one of its biggest KFC restaurants with 24 other KFC locations across the country to follow.

According to the announcement, more than 2,400 merchants in Venezuela accept Dash, including other major fast-food chains like Subway and Papa John’s. Per a recent report from Forbes, Alejandro Echeverría, a co-founder of Dash Help, Dash Merchant Venezuela and Dash Text, Venezuelans use Dash because it provides an easy method of completing payments. He also stated that the cryptocurrency was mainly used by small family businesses before spreading to bigger firms.

In August, CEO of Dash Core Group Ryan Taylor revealed that Venezuela had become the second largest market for Dash, with almost one hundred merchants accepting the cryptocurrency each week.

In early 2018, KFC Canada featured a new menu item dubbed “Bitcoin Bucket,” which could be bought exclusively with Bitcoin (BTC).

With additional reporting by Helen Partz