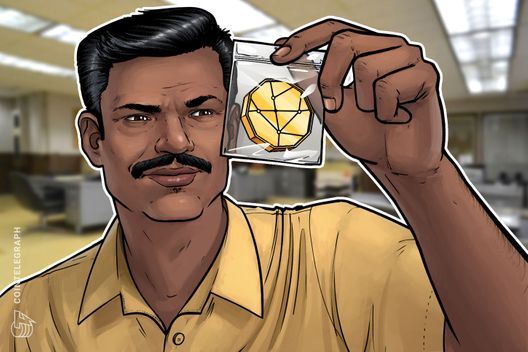 Police in northern India have filed a chargesheet against four suspects accused of scamming a victim out of $0.8 – 1.4 million in a crypto investment fraud.

Police in the northern Indian city of Chandigarh have filed a chargesheet against four suspects accused of scamming a victim out of ₹6-10 crore ($0.8 – 1.4 million) in a cryptocurrency investment fraud, local English-language broadsheet the Times of India reports Nov. 22. b.

The four accused are the main suspect, Amit Bhardwaj, his brother, Vivek Bharadwaj, Pankaj Adlakha, and Hemant Bhope. According to the Times of India, an earlier chargesheet against two men alleged to have “direct links” with A. Bhardwaj had been filed in the city of Delhi.

At present, the chargesheet reportedly runs to over 1,800 pages, with reports from 15 complainants and 27 witnesses. It charges A. Bhardwaj with masterminding the allegedly fraudulent GainBitcoin crypto company, an investment scheme with a cloud-based platform for trading and mining Bitcoin (BTC).

His brother, V. Bharadwaj, is accused of being a main “conspirator,” promoting, marketing and speaking at events organized around the scheme. Adlakha has been charged with complicity for his role as a promoter, and Bhope has been named as GainBitcoin’s secretary and “motivational speaker,” having reportedly personally assured investors of the scheme’s safety.

The suspects will face a hearing Dec. 4, during which a copy of the court “challan” (document) will be provided to them and the charges finalized and framed. As the Times of India notes, while the challan pegs the alleged fraud at 6 crore rupees, the complainant has claimed it exceeded ₹10 crore (around $1.4 million), with an HC petition alleging it was “worth ₹40,000 crore ($5.6 billion).”

As previously reported, the Bhardwaj brothers were arrested on Apr. 4 for allegedly defrauding around 8,000 investors out of ₹2,000 crores (about $300 million) via the GainBitcoin scheme, which they co-founded in 2013. The platform allegedly transpired to be a Ponzi scheme that guaranteed 10 percent monthly returns within 18 months.

The Times of India today reports the two brothers have been detained in Pune jail as of their prior arrest; the latest complainant has claimed he was lured into the promises of the “high-yield” GainBitcoin investment scheme in 2016 upon meeting A. Bhardwaj in Dubai in 2016. When the complainant heard of the duo’s April arrest in Delhi, he is reported to have lodged his own complaint with the cybercrime cell of the UT police in Chandigarh.

Also recently in India, the two founders of the country’s first cryptocurrency exchange, Unocoin, were arrested for opening a Bitcoin ATM without the appropriate registration.