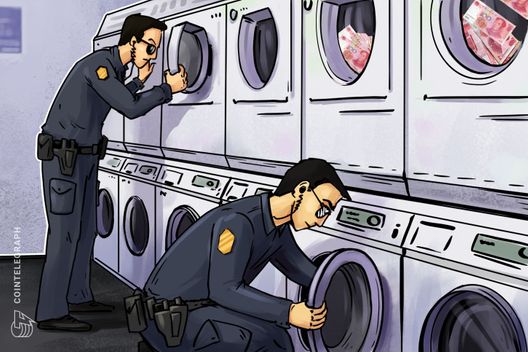 Ebang International operates in the field of Application-Specific Integrated Circuit (ASIC) chip design and production, telecommunications services, and the development, manufacture and sale of blockchain processors, or miners. In 2017, the company’s market share reportedly was 11 percent in terms of sales revenue, totalling 9.79 billion yuan ($1.4 billion). The annual profit of the company was 385 million yuan ($55.2 million) in 2017.

In June, Ebang filed a listing application with the HKEx, in addition to submitting a prospectus for an Initial Public Offering (IPO). Sina Finance reports that Ebang planned to go public on Oct. 16, however the company was ostensibly accused of illicitly using over 500 million yuan ($71.7 million).

According to Sina Finance, Ebang received the funds from Yindou.com for money laundering, inflating sales revenue, or collecting a fictitious sales contract for the deposit, all in order to make their listing on HKEx go more smoothly.

Ebang reportedly explained the alleged loss of 144.9 million yuan as a regular business relationship between Yindou.com and Ebang for the purchase of cloud computing server equipment. Sina Finance states that total order amounts of specific items are unknown.

On Oct. 12, a request was reportedly submitted to the HKEx in order to prevent Ebang from listing on the exchange. The claim subsequently put Ebang’s listing application under investigation by the Listing Department, which is now supposedly reviewing relevant information in order to decide whether further action is needed.

At press time, Ebang has not responded to Cointelegraph’s request for comment.

Another Chinese mining equipment manufacturer Bitmain has also been caught in questionable practices ahead its IPO. In June, the company submitted an application for launching its IPO on the HKEx, scheduled for September 2018.

The media subsequently reported that Bitmain had held its first round of pre-IPO funding, with the participation of such industry giants as major Uber shareholder SoftBank, DST Global and Chinese IT giant Tencent as notable investors. In August, both DST Global and SoftBank denied investing in the Bitmain.