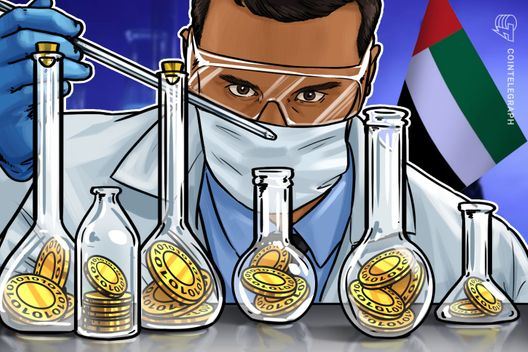 Dubai’s state-backed digital currency emcash will soon have its own payment system for goods, services, and other transactions.

Consumers in Dubai will soon be able to use digital currency to pay for goods, services, and utilities following a new government partnership, a press release confirms Tuesday, Oct. 9.

Ebooc will provide PoS terminals for in-store payments, while Pundi X plans to roll out 100,000 units globally over the next three years, the press release notes.

Emcash is pegged to the United Arab Emirates (UAE)’s fiat currency, the dirham.

“We […] envisage consumers in Dubai being able to make real time payments using Dubai’s digital currency for all their payment needs for shopping, paying for [g]overnment fees etc,” Abdalla Al Shamsi, CEO DFP and co-founder of Ebooc commented in the press release.

Dubai continues to position itself as a blockchain innovator at state level, with multiple schemes ongoing as part of its goal of becoming a fully blockchain-powered city by 2020.

Plans to roll out emcash first surfaced in September last year, Cointelegraph reported, with full details of the payment network to follow later this financial year.

Pundi X, meanwhile, became the focus of unwanted attention in June after hackers stole 2.6 billion of its NPXS tokens from South Korean cryptocurrency exchange Coinrail. In July, Bancor announced a security breach resulting in the loss of another 300,000 Pundi X tokens.