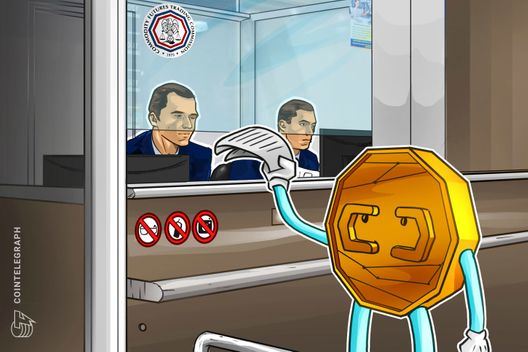 Giancarlo presented at the Economic Club of Minnesota, stating that the enforcement of the recent fiscal year, which ended September 30, was “among the most vigorous in the history of the CFTC.”

The CFTC filed 83 enforcement actions in the last fiscal year, representing a 25 percent increase from the last three years of the previous administration. The CFTC levied as much as $900 million in penalties this fiscal year.

The watchdog has also reached settlements from $30 million to $90 million that are reportedly connected with interest-rate benchmark manipulation with banks such as JPMorgan Chase & Co., Deutsche Bank, and Bank of America, among others. Giancarlo noted cryptocurrencies among the commission’s enforcement actions over the course of the last year:

“We have not been shy to take these cases to trial, winning significant trial victories in this area over the past year—including a precedent setting victory in a trial involving Bitcoin (BTC) fraud.”

“We brought the action charging the portion of the activity involving derivatives, the SEC charged the portion relating to equities, and DOJ and the FBI secured an order seizing the platform’s website and shutting it down.”

Earlier this year, an undercover Federal Bureau of Investigation (FBI) agent purchased security-based swaps on 1broker’s platform from the U.S. without complying with requirements set by federal securities laws. The CFTC and the Securities and Exchange Commission (SEC), subsequently filed complaints against the firm.

In August, the commission permanently barred the operator and promoter of the CabbageTech Corp., who had previously been charged with “fraud and misappropriation in connection with purchases and trading of Bitcoin and Litecoin (LTC).” Although the operator, Patrick McDonnell, insisted that the CFTC did not have the authority to regulate his commercial operations, the judge took the CFTC’s side.