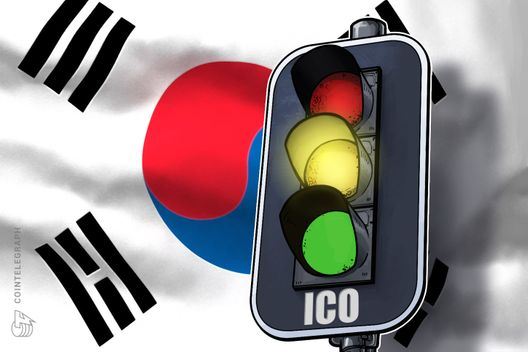 South Korea’s Democratic Party lawmaker urges the state to “open up the road” to ICOs by easing regulations.

A member of South Korea’s National Assembly has called on the state to “open up the road” to Initial Coin Offerings (ICO) by easing regulations, South Korean financial outlet Economy reports October 2.

According to the article, Min Byung-doo, a Democratic Party lawmaker, will introduce a project of for ICO legislation at the next round of the National Assembly.

He claimed that the purpose of the new legislation is to allow ICOs while enforcing strict regulation for the negative parts of the industry, noting:

“We are looking at ways to open up the road to ICO[s] while strictly prohibiting negative factors such as fraud, speculation and money laundering.”

Min Byung-doo has reportedly also suggested to local authorities such as the Financial Services Commission (FSC) that the government should legalize ICO operations in the country, claiming that “prohibition is not the only way.” According to Economy, after consulting with the government and the FSC, the authorities’ stance has “changed prospectively compared with the past.”

Calling on the government to ease regulations for the industry, Min Byung-doo noted that the ban on ICO causes “weakening competitiveness” in South Korea’s blockchain industry, comparing it with the levels in the progress by the U.S., adding:

“[South Korea’s] blockchain-related industries were at the top of the world in terms of competitiveness, but the competitiveness in ICOs has dropped sharply. Now, 75% of projects in the industry belong to the United States only, which is the world’s top competitor.”

The lawmaker warned that an uncertain future of regulation for the industry will “prevent the growth of the industry itself.”

South Korea’s financial regulator, the FSC, announced they will ban all types of ICOs in September 2017, claiming that ICO token sales require strict monitoring and oversight. The original ban has since been followed by subsequent hints of a possible reverse of the ban.

In May of this year, South Korea’s government considered re-legalizing ICOs, with a National Assembly committee speaking of the “Fourth Industrial Revolution” and aiming to expand the legal basis for crypto industry in the country, including a reversal of the ICO ban.

South Korea’s lawmakers most recently discussed the ICO ban at the end of August, debating the ban’s reversal as well as considering setting up the country’s own “blockchain island.” According to the report, discussions of a reversal were expected to gain momentum amid the preparation of investor protection rules, as well as the formation of a task force to oversee crypto trading.