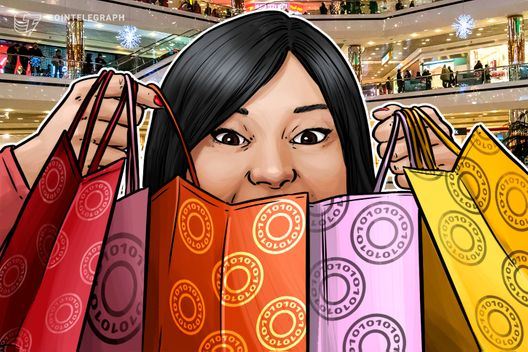 Japan`s financial services giant SBI Holdings is trialing a crypto token that can be used to make retail purchases with users’ smartphones.

Japan`s financial services giant SBI Holdings is trialing a crypto token that can be used to make retail purchases with users’ smartphones. This was officially confirmed in a news release published September 25.

The news release presents the trial as a key litmus test for blockchain’s possibilities and usefulness. SBI also alludes to the pseudonymous developer behind Bitcoin (BTC) Satoshi Nakamoto, claiming that the company aims to “improve” upon the “convenience of [Nakamoto’s]’ vision.

The announcement – made jointly with tech startup Orb and fintech company Glory – indicates that SBI it is now set to test its new blockchain-based “S coin” token, which it characterizes as a “settlement coin” allowing for “charging and settlement” using a smartphone.

The trial will reportedly entail SBI Group employees using the S Coin platform to complete cash-free purchases at cafes and eateries around the premises of the SBI headquarters.

For the trial, SBI says it has installed the S Coin platform on an automatic cash machine designed by Glory. It accepts credit cards and other payment means for users to top up their smartphone wallet balances with S Coins using SBI’s proprietary mechanism.

SBI notes that the S Coin platform has been designed for the issuance of virtual currencies that can be tailored for specific purposes, and is based on distributed ledger technology (DLT) developed by Orb. The release indicates that the trio of firms will use the trial to “verify whether we can meet the needs of various users envisioned”:

“After that, we will promote consideration of electronic currency settlement, such as enabling settlement with Glory’s products … SBIH, Orb [and] Glory will create a cashless society by offering various settlement infrastructure, looking to the fintech market that has been created by changes in users’ payment devices and technological innovation accompanying the spread of smartphones in recent years.”

As previously reported, SBI this summer opened its in-house crypto exchange, dubbed  ‘VCTRADE.’ Alongside VCTRADE, SBI has this year been pursuing a mass trial of Ripple’s blockchain-powered real-time gross settlement system in a major venture that involves around 38 banks, along with at least 23 more involved in wider testing of blockchain remittances.