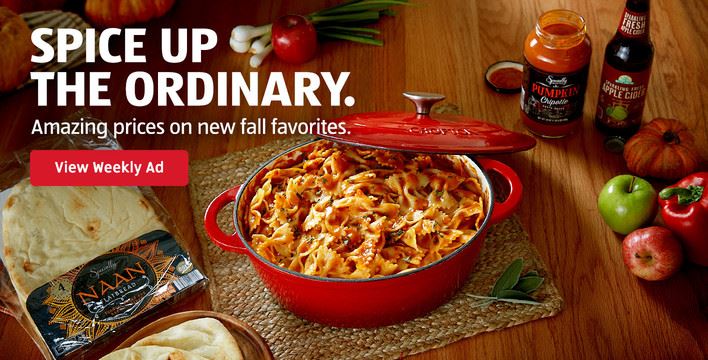 Grocers are expanding their in-store and online offerings as they compete with other retailers in a crowded space. Aldi, in particular, recently announced the expansion of its online grocery delivery service to all of its stores in the United States. To that end, the German supermarket company plans to use its partnership with Instacart to roll out the service to 75 major markets.

While supermarkets took in $682 billion on groceries, the PYMNTS Commerce Connected Playbook reports they face consumer demand for choice, convenience and lower costs. How are these retailers attracting consumers in the digital age amid competition? Today’s grocery roundup takes a look at how they are introducing more in-store options, such as self-checkout and digital coupons, and how the online grocery space is projected to grow in the coming years.

The projected size of the online grocery market by 2025 is $100B. With a faster pace of adoption than previously expected, the majority of U.S. grocery shoppers may purchase at least some of their groceries online within five to seven years, according to a Food Marketing Institute and Nielsen report. “There is a fundamental shift in retail, and we are seeing an acceleration,” Thom Blischok, global retail strategic advisor to Nielsen, said. “You can now find the basics of living online pretty easily.” Previously, both organizations believed it would take up to a decade for consumers to become interested in buying their groceries online.

The projected annual growth rate for online grocery sales in 2018 is 13 percent. Data reported this summer suggests that Amazon’s second-quarter grocery sales came in at $650 million, up 40 percent year-over-year. The report, released by One Click Retail, also revealed that the eCommerce giant held 18 percent of U.S. online grocery sales since 2017, the largest share of any single retailer. In fact, Amazon’s current share of the online grocery space has now doubled that of its closest competitor. That growth comes with “nearly every category attracting more and more grocery shoppers to Amazon,” according to report author Jacob Porter, director of One Click’s global marketing. Beverages comprise most of Amazon’s online grocery sales market, with “cold beverages at $140 million (up 36 percent) and coffee at $135 million (up 40 percent) in the second quarter.

Seven in ten — 71 percent — of consumers have used self-checkout in supermarkets. Kroger, in particular, has Scan, Bag, Go, which allows shoppers to use their smartphones to select items while they shop. When customers finish their shopping adventures, they can scan their phones at a checkout station that digitally submits their payment, and exit. The offering comes after Kroger CEO Rodney McMullen told investors last year that “households that engage in our seamless offerings, engaging digitally and with our physical stores, spend more per week than households that do not … the future looks even more promising.”

The average amount consumers spend weekly on groceries is $109. Overall, food is a big part of consumer spending and accounts for more of the typical consumer’s annual spending than most anything else, with the exceptions of housing and transportation. In 2017, it amounted to 12.6 percent of what American consumers spend every year — about $7,203 according to the U.S. Census Bureau. More than 50 percent of that spending — $4,049 — was on food bought at grocery stores to eat at home. That spend is typically done in about 1.5 trips a week, mostly at a brick-and-mortar grocery store. That’s starting to change — slightly — but in significant ways. More than half of all consumers studied — 55 percent — said they use both online and offline channels to buy their groceries.

And nearly half — or 45 percent — of consumers load coupons onto their loyalty cards. SpartanNash, for example, has been moving to incorporate digital coupons. Customer who order online — whether for pickup or delivery — will receive an automated message whenever they purchase something with which a digital coupon is associated. Items with coupons will also be flagged on-site so customers will know there is an offer on which they can be acting. Curbside pick-up is available at some of SpartanNash’s stores — including at Family Fare Supermarkets, D&W Fresh Market, Forest Hills Foods and VGs locations across Michigan and South Dakota. Fast Lane at-home delivery is a bit more rare, with only three Michigan stores implementing it as of February.

BJ’s Wholesale Club, like Aldi, also expanded its existing relationship with Instacart. The move is meant to attract consumers that want an alternative to the in-store experience, showing that brick-and-mortar retailers are turning to delivery, among other options, to attract shoppers in the digital age.