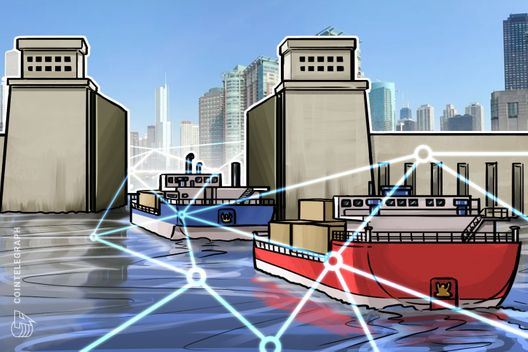 A new partnership between Ideanomics and APMEN Tech Trade Co. could see blockchain improve port clearance in Shanghai and Guangzhou.

Together with APMEN Trade Tech Co., Ideanomics aims to leverage blockchain and what it calls “super artificial intelligence” to cut out “layers of middlemen” in port clearance and shipping handling for the Asia-Pacific Economic Cooperation’s (APEC) online port clearance system.

The first instigation of the tools will take place in two major Chinese ports, Shanghai and Guangzhou, the former holding the title of the world’s busiest port in 2017.

The move marks the continuation of a growing trend in the blockchain sector, with a raft of major corporations aiming to disrupt legacy supply chain infrastructure with the technology’s introduction.

In the press release about the Ideanomics and APMEN Tech Trade Co. partnership, Bruno Wu, chairman and co-CEO of Ideanomics, stated:

“We will integrate business data from various partners, establishing a risk control model in cooperation with a single window to provide risk control services for regulatory authorities and enterprises.”

Ideanomics will have a 60 percent stake in the new venture, promising it will list on an unspecified Chinese stock exchange before the end of the year, the press release notes.

As the industry expands, some sources have more recently become skeptical of blockchain supply chain efficiency, cautioning the “hype” that may be associated with the phenomenon.

Speaking at the World Economic Forum in China last week, Tradeshift CEO Christian Lanng even went as far as to say blockchain was not suitably “high performance” in its current state to suit such purposes at scale.

“Whenever people say blockchain, I think what they’re really saying is they would like to connect things digitally,” he suggested.