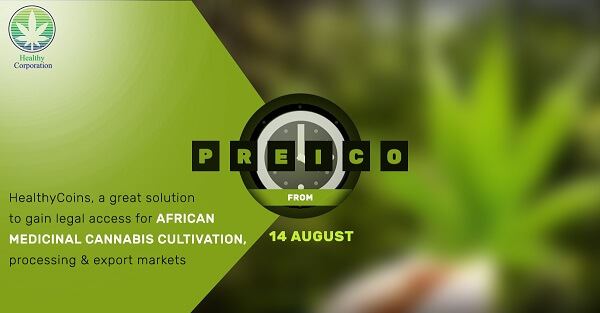 Cryptocurrencies that have no physical asset backing, like Bitcoin, have a problem.

Payment tokens like Bitcoin are only worth something if someone else thinks it is worth something.  There are no assets backing Bitcoin.  It would be fair to call it a “fiat cryptocurrency”.  It shares the
characteristic of having no asset backing with the fiat currencies of this world.

The realisation by investors that there is nothing backing Bitcoin has contributed to the collapse in the price of Bitcoin, from over $19 000 in late 2017 to around $6 400 today.

On the other hand, asset tokens have some asset backing the value of the coin. “Asset tokens” are tokens that promise, for example, a share in future company earnings or future capital flows (this definition is extracted from the Swiss Financial Market Supervisory Authority guidelines).

An asset-backed coin becomes really interesting if the asset has something to do with cannabis.

“Very few consumer industry categories reach $5 billion in annual spending and then post anything like 25% compound annual growth across the following five years. Cable television came close, growing
19% annually in the late 1980s as national networks like CNN and HBO proved to be wildly popular.”

Instead of the price of your coins going up because other people think it should go up, wouldn’t it be nice to have coins that go up because they are linked to the fastest-growing industry in modern times?

To make things better, your coin should be linked to the lowest-cost producers in the cannabis industry.  Then you will have truly hit the sweet spot – or the sweet “pot”.

Now such a coin finally exists.  Healthycoins (healthycoin.io) gives its holders access to the profits from the legalisation of cultivation of medicinal cannabis in African countries.  Africa is
the continent that is ideally suited to the cultivation of cannabis.  Production costs are a fraction of the costs of production in Europe or North America.

The cannabis world is abuzz with the recent investment of US$3.8 billion by Constellation Brands, a liquor company, into Canopy Growth, the largest listed cannabis stock in the world which is listed on the Toronto Stock Exchange with the ticker code “WEED”.

For most people, for example those who do live in repressive countries where the cultivation of cannabis is restricted or prohibited, a cryptocurrency that gives exposure to the potential profits from medicinal cannabis cultivation in Africa may be the only way they can participate directly in this exciting industry.
And they can participate without lifting a finger higher than the click of a mouse.

The Healthycoins Initial Coin Offering or ICO will open on 1 November.  Healthycoins will be available at 0.002 Ethereum a piece. During the pre-ICO period which has already started, the price is 0.001
Ethereum.  This gives early adopters the opportunity of a handsome gain.