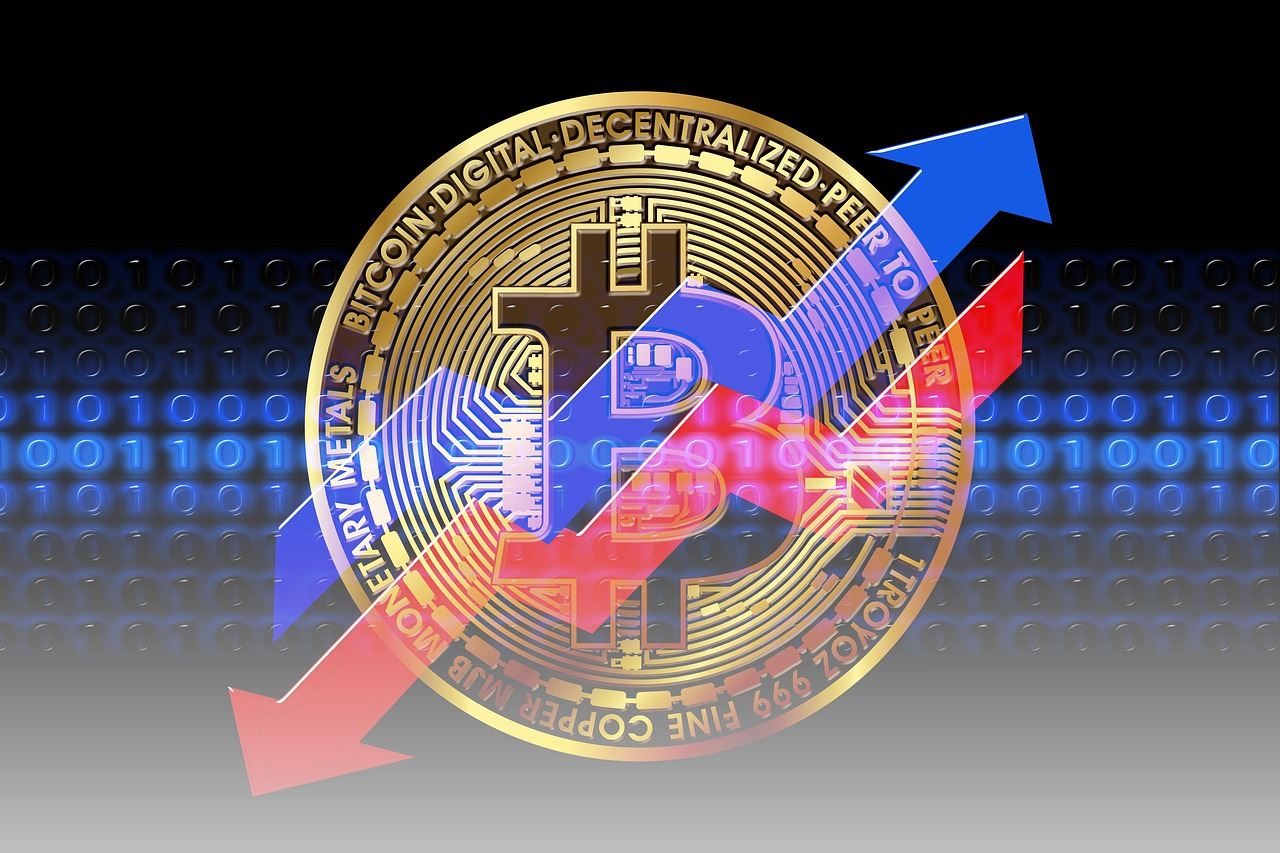 2017 saw a lot of capital race into the cryptocurrency world. Many of those who started to invest in digital currency did it for a variety of reasons. A November poll from LendEdu found that 41% of those who put money into Bitcoin saw it as a “world-changing technology”, while 21% characterized it as a “long-term store of value like gold or silver.”

One of the reasons why so many people are drawn to cryptocurrency is due to how easy it is to invest.  The vast majority of enthusiasts invest through online digital currency exchanges, adding money from a bank account, credit card, or with another cryptocurrency, and then buying and selling a plethora of virtual currencies with the click of a button. With so many choices, the process of selecting a digital currency exchange can be confusing, while unexpected outages on Binance and Coinbase, and news that Bittrex would start accepting fiat, and other news makes this process even more confusing.

Accounts on many exchanges are usually pretty simple to set up, but some people have complained about slow response times to questions or tedious verification requirements as the popularity of exchanges keeps growing. Others are worried about the potential for digital currency exchanges to be hacked. Speculation is rife that North Korean hackers stole about $530 million dollars from a Japanese exchange called Coincheck. North Korea is also suspected to be behind the hackings of three exchanges in South Korea in order to get money to bypass strict sanctions from the international community.

With over 4,000 cryptocurrencies currently on the market, there are a lot of exchanges to choose from. But the popular and leading ones usually share some common features. Exchanges with low fees, ones with security features like two-factor authentication, and ones that can overcome language barriers are usually popular with investors. Compound that with soon-to-be-released decentralized exchanges, and “no-fee” exchanges like Robinhood, and the choices can be overwhelming.

We reviewed a number of digital currency exchanges, including Coinbase, Gemini, Bittrex, Binance, KuCoin, and the Korean exchange, CoinNest. Not sure which ones to deposit your hard earned coin and fiat into? Read through our findings on the most popular cryptocurrency exchanges and the various features they offer.

Coinbase is located in the United States and is arguably the most well-known digital currency exchange in the world. It currently allows for trading with Bitcoin, Litecoin, and Ethereum, and has a presence in over 30 different nations. The online platform also supports 10 languages and trading can be conducted in several different fiat currencies.

One of the main benefits of Coinbase is its ease of use. The company offers an app for iOS and Android, and the entire platform is designed for ease of use. They also created the Global Digital Asset Exchange back in 2014 to accommodate those who are looking to trade at a high volume.  Coinbase also features a relatively secure online wallet that places pretty much all cryptocurrency in cold storage, and gives consumers the option to create a multi-signature wallet that has additional privacy and security features.

However, Coinbase does control all private keys, which means anyone using the platform should always transfer their cryptocurrency to a wallet where they have control over the private keys. Another problem with Coinbase is their poor customer support, though this could be attributed to the site’s increasing popularity as the profile of cryptocurrencies increases. The company said they plan to put some investor money towards improving the customer service experience.

Gemini is located in New York and only accepts US Dollars. The platform was created by Tyler and Cameron Winklevoss, who are also the co-creators of Facebook. They were able to build Gemini partly after suing Facebook CEO Mark Zuckerberg and receiving about $65 million dollars in the suit.

Like Coinbase, Gemini is also well-known for its ease of use. Those interested in buying Bitcoin or Ethereum can start trading as soon as a bank deposit is completed. The site requires all who are interested in an account to enable 2-factor authentication and upload a government-issued ID. Right now, Gemini is available for customers in the United States, Canada, the United Kingdom, Hong Kong, South Korea, and Singapore.

One of the more appealing aspects about Gemini is its relative safety and stability compared to other exchanges. Gemini Trust LLC is subject to regulation by the New York State Department of Financial Services, which subjects the exchange to a variety of consumer protection, money laundering, and cybersecurity stipulations. It’s also located close to Wall Street, which means institutional investors are no doubt well-familiar with the company. Funds on the site are stored in offline cold storage and FDIC insured fiat funds are separated from money the company uses to operate.

While Gemini’s low fees and great customer service make it an attractive exchange option, supporting only Bitcoin and Ethereum is a big drawback in a rapidly expanding digital currency market. Customers have also expressed disdain about the limited number of ways they can deposit money onto the exchange.

Bittrex is located in Nevada and supports more than 250 coins, making it one of the world’s largest exchanges. Bittrex has gained a lot of popularity in recent months, and their profile will surely go up after a recent announcement that said they were going to start accepting fiat deposits in US dollars. This puts them on par with Coinbase and Gemini, which are the only other exchanges that accept fiat currency.

Bittrex has consistently received high praise across the cryptocurrency community for their security. The team examines the source code of altcoins before adding them to the platform in an effort to thwart pump and dump schemes. Those who are new to the cryptocurrency market can also rely on the Bittrex knowledge base to get information about navigating through the platform. Traders who are looking for an exchange should feel good about Bittrex’s high volume, despite fees that are somewhat higher than alternatives. The massive amount of coins on the site means that trading is always going on, and will hopefully spurn the company to release their new engine to let customers make money from margin trading.

Compared to other cryptocurrency exchanges, Bittrex’s website is a bit basic and uninspiring. While aesthetics are usually not the primary concern for those looking to trade digital currencies, the lack of a cohesive site design creates disarray since there are so many different coins on Bittrex. The lack of a mobile app also makes it harder to use Bittrex as an exchange in comparison to other options.

Having launched in 2017, Binance is relatively new in the world of cryptocurrency exchanges. But the Tokyo-based company has rapidly gained popularity for a variety of reasons. One of the most attractive features of the exchange is its very low flat 0.1% fee on each trade. Those who use Binance’s own BNB token to trade see the fee cut in half.

Consumers are also drawn to Binance because it hosts coins, like Walton Coin and IOTA, that are not always seen on other exchanges. Binance does not currently accept fiat currency, but there’s at least a decent potential they could start to do so in the future. Binance has gotten a lot of attention across the cryptocurrency world, and the company has used the hype for expanding operations. Their July 2017 ICO raised about $15 million dollars and resulted in 20,000 people signing up for the site. CEO Changpeng Zhao has a very impressive resume, with extensive experience in the cryptocurrency sector before assuming control of Binance.

The exchange does permit the use of two-factor authentication, but information about additional security features can be tricky to find. This raises issues for potential consumers since many other exchanges are very open and transparent about their security measures. In addition, Binance’s customer service is severely lacking in relation to other exchanges, but this might be more of a product of the company struggling to keep up with platform demand and use. Specifically, Binance’s FAQ list is not very robust or extensive, which can create a problem if people are looking to use the exchange, but run into a login issue or similar problem.

KuCoin is an exchange that is based in Hong Kong. KuCoin was launched in September 2017 and operates in a similar way to Binance. Consumers on KuCoin can get a discount on fees when they use the platform’s own KCS token. KuCoin’s become very popular over the past several months because they regularly update their list of scheduled coins to be added. With other exchanges, news of new coins can be somewhat hazy or come completely out of nowhere, so KuCoin’s diligence in posting coin pairs (usually before everyone else), is a big advantage of the platform.

Like many other exchanges, KuCoin relies on a variety of security features and encryption capabilities in order to keep transactions secure. Their wallet features multilevel encryption and offline storage. KuCoin’s also gotten a lot of publicity due to their rapid customer service.

Relying heavily on the popular WeChat app, the team says they can usually resolve most customer inquiries in a matter of minutes. Despite the various communication channels used by the team to speak with investors, some users have found it difficult to get reliable customer service in English in certain areas.

KuCoin also offers several attractive incentive features for people who use the exchange, which includes a referral system, proof of stake bonus, and quarterly buyback of KCS coins. Like many cryptocurrency exchanges, KuCoin has a propensity to slowdown or run into issues during times of high traffic, and also suffers from instances where withdrawals can take significantly longer than the 10-minute window that the company espouses. KuCoin is another exchange that could follow in the footsteps of Bittrex and accept fiat currency.

Based in Korea, CoinNest has gained prominence because of its intention to help drive cryptocurrency adoption in the country and across South Asia, even though the exchange is also open to those outside of the country.

CoinNest offers a variety of features for investors to take advantage of if they are interested in more detailed analysis about coins. Each coin on the exchange comes with a price trend chart so consumers can stay up to date with trade volume, daily fluctuations, and longer trends. Smartphone apps also make it easy for consumers to keep track of coin prices and view their portfolios. CoinNest is also one of the few exchanges that distributes GAS to NEO holders, making it particularly attractive to those who own NEO. They were also the first exchange in South Korea to offer NEO.

Signing up to CoinNest is a quick and relatively painless affair. They do ask for new sign-ups to give an ID that can be verified in order to comply with regulation. Like many other exchanges, security on the platform includes measures like 2-factor authentication and other encryption measures. However, some worry about the potential for 2-factor authentication to be hacked, especially since South Korean exchanges have been the target of hacking endeavors in the past. There’s also some worries about the relative lack of English-language content for the fee and FAQ sections.