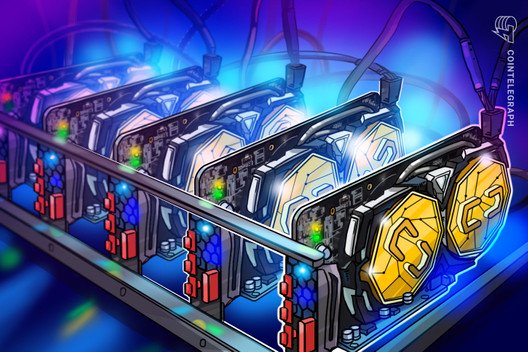 Cryptocurrency mining ASIC producer Canaan filed with the U.S. SEC to issue around $12.4 million worth of shares to its employees.

Cryptocurrency mining application specific integrated circuit (ASIC) producer Canaan filed with the U.S. Securities and Exchange Commission (SEC) to issue around $12.4 million worth of shares to its employees.

According to the S-8 form, filed with the SEC on May 27, Canaan is looking to issue nearly $12.4 million of class A ordinary shares with a maximum offering price of $0.24 per share.

As Cointelegraph reported in late November 2019, Canaan raised $90 million by selling 10,000,000 shares for $9 each in its initial public offering (IPO). According to Google Finance data, as of press time the firm’s stock had lost 76% of its value since the IPO and is now worth $2.16.

According to early March reports, Canaan misrepresented its potential revenue for 2020 to attract investors to its IPO. Shortly thereafter, investor rights-focused law firm Rosen Law Firm launched a class-action lawsuit against the company. The firm is accused of making false and misleading statements that resulted in the investors suffering damages.

As a Cointelegraph analysis on the matter explained, one month before the IPO the company announced a “strategic partnership” with Hong Kong exchange-listed company Grandshores. The firm was supposed to purchase up to $150 million worth of Canaan mining equipment.

Grandshores ASIC order would represent almost all of Canaan’s trailing revenue of $177 million. Analysts also claim that the client had no way to actually follow-through with  the deal, as the company has only a $50 million market cap and $16 million of cash.