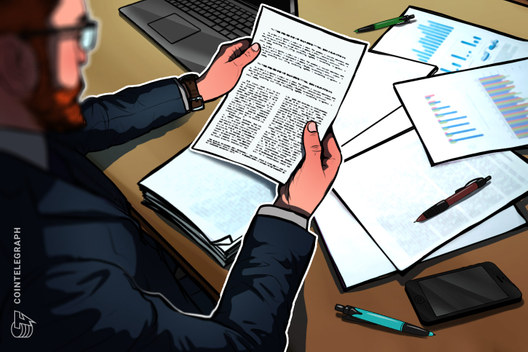 Bitpoint Taiwan, a subsidiary of Bitpoint Japan, claimed $9.4 damages for loss due to overbilling after $32 million hack of parent exchange in July.

The Taiwan-based subsidiary of hacked crypto exchange Bitpoint Japan will file a $9.4 million damages suit as it claims to have been overbilled by the parent exchange.

Bitpoint Taiwan reportedly found that total funds it collected from local clients have been short by 500 million yen ($4.7 million) due to overbilling by parent company Bitpoint Japan, according to a report by Japanese English-language publication The Mainichi on Aug. 22.

Citing a prepared lawsuit, The Mainichi reported that the Taiwanese subsidiary discovered the shortage of funds while checking past billings by Bitpoint Japan following a major hack of the company in July 2019. According to the new report, Bitpoint Japan lost 3.02 billion yen ($28 million) plus an additional 250 million yen ($2.3 million) at overseas exchanges that use its trading system, including Bitpoint Taiwan.

Bitpoint Taiwan transmits funds gathered from its local customers to Bitpoint Japan based on bills from the parent company, the report notes.

“It is clear that (Bitpoint Japan) had billed us based on erroneous numbers.”

Hirotaro Kato, a lawyer at Bitpoint Taiwan, claimed that by bringing up the lawsuit, the exchange aims to protect the funds of local clients, also expressing concern that the case could turn into an international issue.

As such, the Taiwanese crypto exchange will reportedly will the lawsuit with the Tokyo District Court, claiming a total loss damage including a loss it suffered as a result of the hack.

In turn, Bitpoint Japan said that they were not aware of the lawsuit in the report, adding that representatives of both companies were negotiating the issue.

On July 12, Bitpoint Japan officially announced the suspension of all services after losing $32 million in a hack involving major cryptocurrencies such as Bitcoin (BTC) and XRP. According to The Mainichi, the funds stolen from clients in Japan accounted for 13% of total digital currency on Bitpoint and affected nearly 50,000 — or 50% — of their total customers. The exchange reportedly resumed part of its services earlier in August.