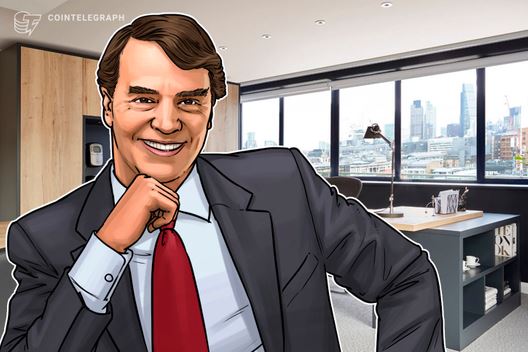 “People have consolidated towards Bitcoin”

Speaking in an interview with Yahoo! Finance on Aug. 9, the notoriously bullish Draper doubled down on his prediction that Bitcoin will hit $250,000 by 2023. Due to current trends, however, there might be a slight delay to the giant price tag becoming reality.

“It’s consolidated more than I thought it would,” he told the network.

“I thought there would be many more competitors at this point that were really relevant, but people have consolidated towards Bitcoin because it’s decentralized.”

Draper is well known for his Bitcoin price prediction, something he has repeated multiple times over the years. Now, he considers a likely time frame for the prophecy fulfilling itself as somewhere in the next four years.

As Cointelegraph reported, the consolidation Draper spoke of has seen wider support this week as the fallout from instability in China spurs what many commentators are describing as a flight into Bitcoin.

If the quarter million figure still eludes markets come 2023, however, Draper has not mentioned what he will do.

John McAfee, however, has issued himself a much more intense ultimatum; if BTC/USD does not hit $1 million by the end of 2020, the mogul says he will eat his own penis.

A dedicated tracking resource allows those curious to keep track of how much upside Bitcoin should undergo in order to avoid the situation.