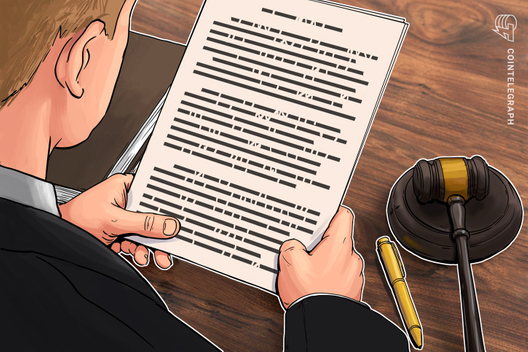 A drug-dealing couple has pleaded guilty to selling a variety of controlled assets on the dark web in exchange for cryptocurrencies.

A couple operating out of Merced, California have pleaded guilty to selling drugs on the dark web in exchange for cryptocurrencies, including Bitcoin (BTC) and Bitcoin Cash (BCH).

The United States Department of Justice announced the charges in a press release on Aug. 6. According to the announcement, Jabari Monson has pleaded guilty to conspiring to distribute controlled substances, while Saudia Monson plead guilty to violating the Travel Act. Saudia allegedly used both mail and the internet to distribute controlled substances.

According to the press release, the Monsons distributed cocaine, cocaine base, methamphetamine and marijuana through multiple vendor accounts on the dark-web marketplace Dream Market for about half a year. These accounts include “Best Buy Meds,” “Trap Mart” and “House Of Dank.”

Assistant United States Attorneys will be prosecuting the case, and the Monsons are scheduled to be sentenced by a U.S. District Judge on Nov. 19. The announcement notes that Jabari’s maximum sentence is 40 years in prison and a $5 million fine, while Saudia’s is five years in prison accompanied by a $250,000 fine.

As part of a plea agreement, the couple agreed to forfeit the crypto proceeds of their operation.

As previously reported by Cointelegraph, two men plead guilty to selling controlled substances for crypto and Western Union payments on the darknet in April, in addition to money laundering. The two men accused, Callaway Crain and Mark Sanchez, allegedly operated the website NextDayGear and produced some of their products themselves. These apparently included steroids, Xanax and Viagra among others.

More recently, a Floridian plead guilty to taking part in a Bitcoin-backed drug dealing conspiracy as well as money laundering. This defendant, Richard Castro, allegedly took part in the online distribution of three controlled opioids. As part of his plea deal, Castro agreed to forfeit the  $4 million he acquired, including assets distributed over seven different Bitcoin wallets.