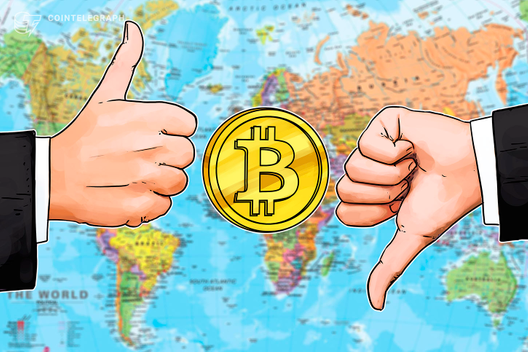 Bitcoin is a leading indicator of hidden geopolitical tensions between the U.S. and China, according to a former Deutsche Bank exec.

Bitcoin (BTC) is a leading indicator of hidden geopolitical tensions, according to a former exec at German multinational investment bank Deutsche Bank.

Bitcoin a signal of what’s going on behind the scenes on Chinese trade talks?

Peter Tchir, Forbes contributor and a former Executive Director at Deutsche Bank, stated that Bitcoin price movements could be a potential signal of what is going behind the scenes on Chinese trade talks in a Forbes article published on July 30.

In the article, Tchir provided his observations of the correlation between Bitcoin price and major news in the industry. He cites his previous research claiming that BTC surged in May as United States President Donald Trump revealed that a trade deal with China was looking tenuous.

“Bitcoin is hinting that there is no alarm in China”

Tchir says that Bitcoin price has significantly correlated with the headlines for the past few days. The analyst added that BTC/USD has been dropping amid progressing talks and rising amid negative headlines. He references a recent tweet by Trump who said that China lost five million jobs and two million manufacturing jobs due to the new tariffs.

However, Tchir noted that the price of Bitcoin now appears to be not rising slower on today’s headlines and does not react as much as stocks. He wrote:

“Is that a sign that the Chinese elite know they headlines are more negative than the reality of the situation? It isn’t a clear enough signal, but for now, I think Bitcoin is hinting that there is no alarm in China, which is positive.”

But while admitting that there are lots of factors impacting Bitcoin price, Tchir concluded that Bitcoin’s value as a “leading indicator into behind the scenes geopolitical tensions” should not be ignored.

Earlier today, Morgan Creek Digital Assets co-founder Anthony Pompliano argued at CNBC’s Squawk Box that the first country, which will embrace Bitcoin in a “very serious way,” will force others to play catch up based on game theory.