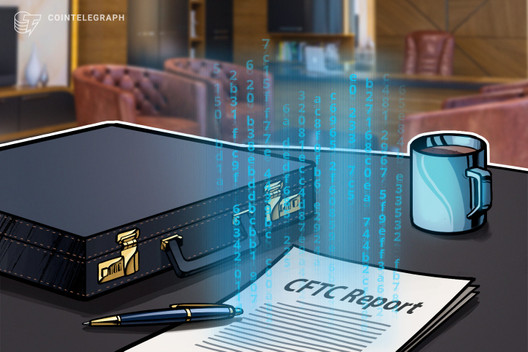 The overall institutional investment in Bitcoin futures on the Chicago Mercantile Exchange decreased this past week, according to CFTC data.

The overall institutional investment in Bitcoin (BTC) futures on the Chicago Mercantile Exchange (CME) decreased this past week, according to data published by the United States Commodity Futures Trading Commission (CFTC) on April 9.

As of the April 9 data, the number of short positions among institutional investors had thus dropped 11%. Long positions, on the other hand, decreased by almost 30% over the same period, indicating a slight bearish sentiment among investors.

The week from April 2 to 9, total short positions increased by 421, while long positions saw a slightly smaller increase of 366.

Previously, crypto news outlet Bitcoinist reported that the number of opened long positions for CME Bitcoin futures contracts by institutional investors and asset managers had spiked during the previous week.

More precisely, there had purportedly been an 88% increase in institutional long positions compared to the previous week, with 315 long contracts opened by April 2. The publication also reported that the number of short positions reported a 63% decrease, to 89 contracts from 241.

As Cointelegraph reported last week, CME had noted that its Bitcoin futures saw record trading volumes on April 4, just after the price of Bitcoin surged to multi-month highs. Bitcoin is currently trading around $5,100, seeing almost no change on the day and week.