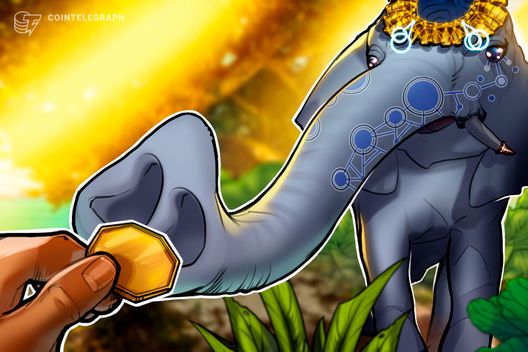 The Reserve Bank of India issues its annual financial report, stating that cryptocurrencies pose no threat to the financial industry.

The Reserve Bank of India (RBI) has stated that cryptocurrencies currently pose no threat to financial stability in its recent financial report, published Dec. 28.

The document entitled “Report on Trend and Progress of Banking in India 2017-18” reads:

“[C]rypto-assets do not pose risks to global financial stability currently. The market continues to evolve rapidly, however, and this initial assessment could change if crypto-assets were to become more widely used or interconnected with the core of the regulated financial system.

RBI quoted a conclusion drawn from a recent report by the Financial Stability Board (FSB) — an international agency consisting of banking and financial institutions from different countries, including India. RBI itself is a member of the FSB, along with country’s Securities and Exchange Board and Ministry of Finance.

In its study “Crypto-asset markets: Potential channels for future financial stability implications,” published October, the FSB claimed that bankers see no significant danger in the existence of cryptocurrencies, as their total market cap by that time had barely reached 2 percent of the global value of gold. However, the board urged watchdogs to keep an eye on the digital coin markets, given their quick growth.

RBI reiterated this stance in its December report, stating that сryptocurrencies need “constant monitoring,” given their rapid expansion in recent years.

The legal framework for cryptocurrencies in India remains unclear, as RBI formally stopped all banks from dealing with cryptocurrencies in April. The de facto prohibition came into effect in June, while the Supreme Court’s hearings on the case — initiated by local crypto firms — were repeatedly postponed. At the same time, an Indian government panel is reportedly considering a complete ban on crypto.

Initially, RBI had considered launching its own central bank digital currency, dubbed “Laxmi.” However, in January, the bank gave up the idea of making a stablecoin tied to the rupee, stating that it’s too early to even think about it.

Yesterday, Jan. 3, the police of the Indian state of Jammu and Kashmir issued a statement, warning the public against investing in cryptocurrencies due to the “heightened risk” associated with them. The authorities also added that digital currencies are not regulated by the Indian government.