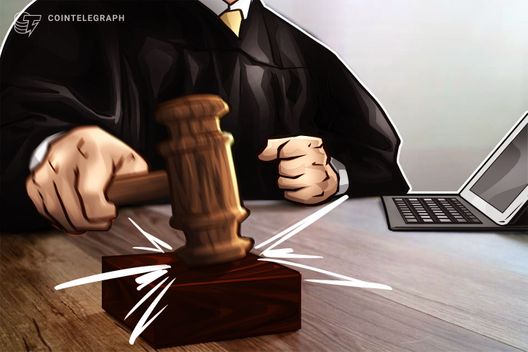 The Supreme Court of Greece has ruled in support of a decision to extradite the alleged former operator of now-defunct crypto exchange BTC-e to France.

The Supreme Court of Greece has ruled in support of a decision to extradite the alleged former operator of now-defunct crypto exchange BTC-e Alexander Vinnik to France. A “correspondent at the scene” from major Russian state-owned news agency TASS reported the news Dec. 19.

As previously reported, 39-year old Russian national Vinnik, a.k.a “Mr. Bitcoin,” was first indicted by United States authorities and detained in Greece on July 25, 2017, on criminal charges of fraud and allegedly laundering up to $4 billion in Bitcoin (BTC) via BTC-e.

Russia and France have since both sought the defendant’s extradition in regard to a further series of fraud allegations. When a Thessaloniki court ruled in support of Vinnik’s extradition to France this summer, the defendant had appealed against the decision at the country’s highest judiciary.

TASS today reports that the Supreme Court discussed Vinnik’s extradition to France on Nov. 19, but had initially postponed the ruling to Nov. 29.

Since his detention back in 2017, Vinnik has been held in a Greek prison, and announced a hunger strike in late November in protest against the “arbitrariness” of the Greek judges. TASS today cites the defendant as claiming that:

“I have been fasting for 24 days already. Yesterday the last time I was weighed [in prison], I lost 8 kg according to the documents. But they did not immediately start weighing me, only on the third day. So I lost 9 kg exactly.”

Vinnik has reportedly stated he will only stop his hunger strike if he is extradited to Russia.

As previously reported, Vinnik’s legal representatives allegedly consider that his extradition to France will result in his further extradition to the U.S. Following the closure of BTC-e in July 2017, the U.S. has been seeking a penalty of $110 million from BTC-e and another $12 million from Vinnik for his alleged role in the exchange’s Anti-Money Laundering (AML) violations.

TASS today states that a decision over the conflicting extradition requests will likely be settled by the Greek Ministry of Justice, or possibly even the country’s leadership.

Russia’s Ministry of Foreign Affairs issued a comment this July accusing the Greek authorities of “continu[ing] to complicate relations with Russia,” and requesting that Russia’s extradition request be given priority over that of France.