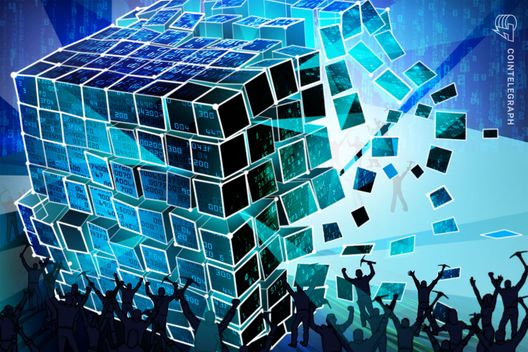 Bitcoin mining difficulty saw its second largest drop in its history, surpassed only by a -18 percent adjustment in late October 2011.

Bitcoin’s hashing difficulty algorithm is normally adjusted every two weeks to maintain the normal 10-minute block time. It has been adjusted for the second time today since the beginning of a so-called “crypto winter” in mid-November, after which the difficulty in mining Bitcoin has been steadily dropping.

The most recent adjustments of Bitcoin’s hashing difficulty. Source: btc.com

The largest drop in Bitcoin’s difficulty history happened on Oct. 31, 2011, with an adjustment of -18 percent, while another decrease (-13 percent) in mid-October 2011 is the third largest such decrease.

A recent adjustment of Bitcoin’s hashing difficulty was preceded by a massive market drop, with Bitcoin losing more than a third of its price since Nov. 14, according to CoinMarketCap. Financial experts have attributed the market collapse to regulatory pressure, the hash rate war after controversial Bitcoin Cash hard fork, and the “terrible” condition of global markets.

The decrease in difficulty, along with market panic and coin devaluations are forcing the miners to quit. In September, CEO of China-based crypto mining pool F2Pool Shixing Mao revealed data on mining profitability.

According to Mao, the break-even point for Bitcoin was between $3,891 and $11,581, depending on the make and model of equipment being used. At the time of the forecast, Bitcoin was trading around $6,400.

In late November, a week after the massive drop when Bitcoin hovered around $4,300, Chinese miners reportedly started to sell mining machines by weight, as opposed to price per unit. According to an F2Pool post, miners are especially eager to sell the older models, including the Antminer S7, Antminer T9, and Avalon A741, as they have reached their “shutdown price.”

After a mild recovery over the weekend, where Bitcoin managed to stay slightly above $4,000, the world’s top cryptocurrency has collapsed again today, Dec. 3. At press time, Bitcoin is trading at $3,887.09, down 7.22 percent over the 24-hour period.