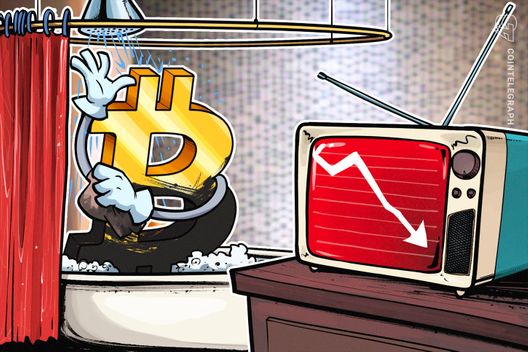 Per a recent study by Chainalysis, Bitcoin usage as a payment method dropped by 80 percent from January to September 2018.

Bitcoin (BTC) use for commercial payments has reduced significantly this year, according to a study by Chainalysis cited by Reuters Nov. 20.

The analysis of individual payment processors’ figures reportedly shows a downward trend. At Canadian firm Coinpayments, the value of transactions has fallen by more than half between January and October 2018, Reuters reports, citing data from blockchain analysis site OXT. Lex Sokolin, global director of fintech strategy at research firm Autonomous Next, said that “Bitcoin payments processing is seeing a slow but consistent decline.”

Comprehensive data on the leading cryptocurrency used for payments is reportedly not consistent since trades with other currencies are commonly included together with its use for commercial payments.

Although Chainalysis recognizes a growing stability of BTC, the value of Bitcoin payments reportedly slumped from $427 million last December to $96 million in September 2018.

While many believe that BTC’s relative stability this year will result in the mainstream deployment of it as a payment method by both individuals and commercial organizations, some financial firms and crypto entrepreneurs think that stability is not enough.

Joni Teves, a strategist at London-based financial firm UBS, told Reuters that BTC needs to become faster and cheaper, also noting that the development of clearer rules on an asset would help give users a sense of legitimacy.

Some major companies that previously accepted BTC have turned away from the cryptocurrency as a payment method. Microsoft announced in January that after almost three years it would stop accepting BTC. However, it did reserve that position after taking its own steps to: “ensure lower Bitcoin amounts would be redeemable by customers.”

The gaming platform Steam also stopped accepting BTC payments in December 2017, over a year after it began accepting Bitcoin when the currency was trading around $450. Among concerns over volatility and regulatory uncertainty, industry players also cite the issue of growing transaction fees and slow transactions speeds as barriers to wider adoption.