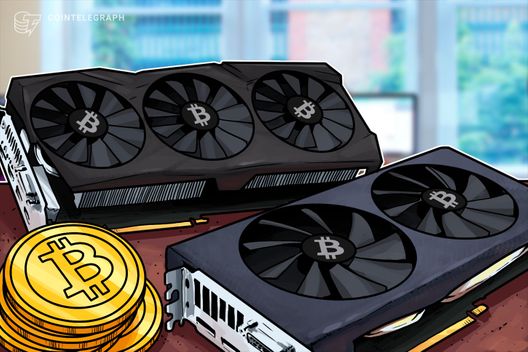 A recent report by Trefis suggests Nvidia will see strong GPU sales growth in Q3, though revenues from crypto-related activities will remain in a downtrend.

Experts from analytical firm Trefis have forecasted increased sales of Nvidia’s graphics processing units (GPUs) at the end of the third quarter (Q3) of this year, Forbes reported Nov. 13. Trefis notes that, while overall GPU sales will be up, sales from cryptocurrency-related activities will remain in a downtrend.

American GPU manufacturer Nvidia is purportedly set to release its Q3 results on Nov. 15, and Trefis experts have predicted an earnings growth by slightly over 20 percent on a year-on-year basis.

Revenues will primarily be driven by Nvidia’s gaming GPUs, which are in higher demand due to the new Max-Q technology; and the Datacenter, which is experiencing a strong demand for its Volta architecture, the analysts say.

The experts also forecast Tegra Processors and GPU segment growth “in the high teens.” Tegra Processor revenues will reportedly grow to $490 million in Q3, which — the experts explain — is led by Automotive and System on a Chip (SOC) modules for the Nintendo Switch gaming console.

Despite the overall positive outlook for GPU revenues, the report notes the decline in sales associated with crypto-related activities, as well as the impact of U.S. tariffs on some Chinese goods, which were introduced earlier this year.

The analysts reportedly expect consolidated revenues to be a bit under $3.10 billion in Q3, of which 84 percent could be attributed to GPUs, while Tegra Processors will make up for the rest. The report further explains:

“We forecast the [earnings per share] to be $1.63 in Q3, and $7.09 for the full year 2018. We use a [trailing twelve months] price to earnings multiple of 35 times to arrive at our price estimate of $248 for Nvidia. This implies a premium of over 30 percent to the current market price.”

As Cointelegraph previously reported, Nvidia’s stock price declined more than five percent in the extended session following an announcement of the company’s Q3 estimates. The firm’s revenue was affected by a decrease in crypto mining as digital currency markets slumped earlier this year.

Nvidia then reported that crypto mining sales were significantly lower than expected in Q2, adding that it does not expect to make significant blockchain-related sales for the rest of the year.

Meanwhile, Trefis experts outline an over 20 percent decline in Nvidia’s stock during the past month, which reportedly follows the weak Q3 figures from some tech stocks and the market’s reaction to the tariffs.