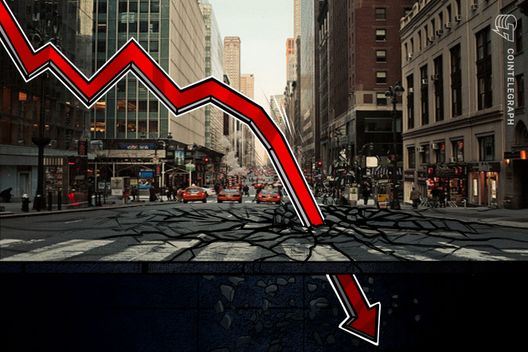 The only Bitcoin investment trust in the U.S. has seen its net asset value hit its lowest point since the BTC price surge last year.

Grayscale Investments Inc., the company behind GBTC, reportedly has $1.5 billion in assets under management, and is one of the largest cryptocurrency asset managers in the world. GBTC is an open-ended grantor trust, the purpose of which is to track BTC market price.

According to Bloomberg, shares of GBTC have dropped by around 80 percent since Bitcoin hit almost $20,000 last December. The drop purportedly follows the fall of the BTC price, which is down nearly 66 percent during the same timeframe.

Some investors attribute part of GBTC’s downward trend to its expense fees, as the company charges $20 for every $1,000 invested, or two percent. In comparison, the average mutual fund expense ratio is around 0.59 percent.

Previously, Cointelegraph reported that institutional investors replaced high net-worth individuals as the biggest buyers of cryptocurrency transactions worth over $100,000. Traditional investors and hedge funds have reportedly become more involved in the $220 billion crypto market through private transactions. At the same time, miners have begun scheduling regular coin sales instead of holding or offloading them during market rallies.

Last month, Chainalysis published a study revealing that BTC investors and speculators held their positions over the summer, while markets seem to have become more stable overall. The monetary aggregates reportedly were “extremely steady” during the summer, showing that the amount of BTC held for speculation was stable from May to August at around 22 percent of available BTC. The amount of BTC held for investment also showed stability during the same period at around 30 percent.