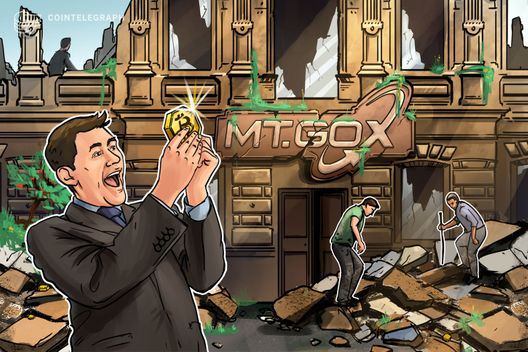 Mt.Gox trustee Nobuaki Kobayashi sold $230 million in Bitcoin and Bitcoin Cash in the final round of sell-offs at the defunct exchange.

Nobuaki Kobayashi, the trustee of defunct cryptocurrency exchange Mt.Gox, released a new statement Tuesday, September 25. According to the document, Kobayashi has liquidated almost 26 billion yen ($230 million) in Bitcoin and Bitcoin Cash in around four months.

Kobayashi, who is known as the “Tokyo Whale” due to the multiple rounds of cryptocurrency sell-offs he has undertaken on behalf of Mt.Gox since Q3 2017, stated he had sold 24,658 BTC and 25,331 BCH.

The transactions occurred “during the period from the 10th creditors’ meeting in the Bankruptcy Proceedings (i.e., from March 7, 2018) to the commencement of Civil Rehabilitation Proceedings,” the statement confirms.

In late June, Japanese courts approved a petition for the exchange to begin civil rehabilitation, which had the knock-on effect of repaying creditors in BTC and ending the Bitcoin sell-offs.

Prior to that point, Kobayashi had fielded criticism from cryptocurrency investors over the alleged negative impact his sales were having on Bitcoin prices.

Kobayashi’s statement added that he would inform creditors later about the next steps they should undertake as part of the process of being paid funds lost in Mt.Gox’s 850,000 BTC hack.